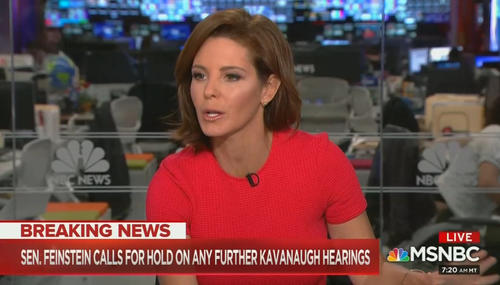 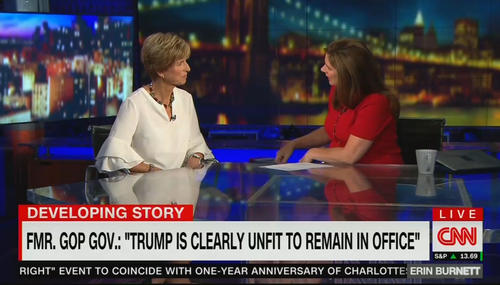 Burnett Expresses Shock That Whitman Would Prefer Pence Over Trump

Would Pro-Life Republicans Revolt Over Ridge

Mark Finkelstein
July 9th, 2008 9:25 PM
If there's one person in the NBC news stable who combines solid analytical skills with a commitment to fairness, it could be political director Chuck Todd.  Evidence thereof comes from no less a certified conservative source than Tom DeLay. Appearing on this evening's Hardball just after Todd had offered his breakdown of the electoral map, DeLay allowed that he "can't dispute" any of…

Mark Finkelstein
March 30th, 2008 7:41 AM
Mort Kondracke got one thing right: Rush Limbaugh would go Krakatoa . . . The resident moderate of The Beltway Boys has counseled John McCain to offer the VP slot to Christie Todd Whitman. Mort made his move during last evening's show-ending "Buzz" segment.MORTON KONDRACKE: Two new McCain Veep ideas: first, he should offer the Vice-Presidency to Colin Powell, who may well not take it.…