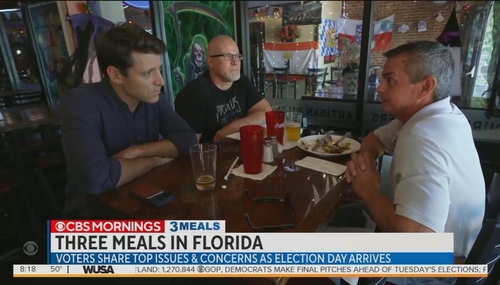 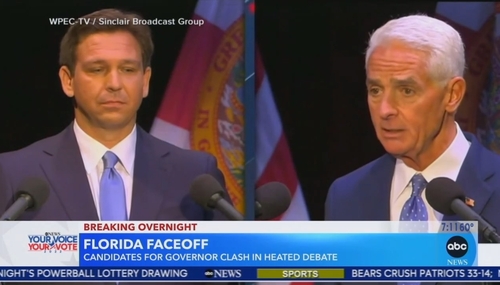 On Tuesday morning, the “big three” of ABC, CBS, and NBC engaged in a comical and hopeless rescue mission to convince viewers that turncoat and Congressman Charlie Crist (D-FL) has a chance to retake Florida’s governorship against incumbent Governor Ron DeSantis (R) thanks to a “heated” debate in which Crist attacked the “firebrand” DeSantis over his “controversial policies” and possible 2024… 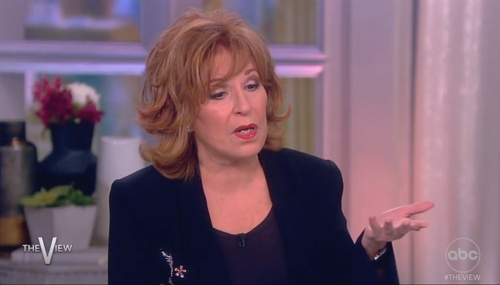 Behar Calls DeSantis 'Cowardly' for Refusing Invite to 'The View'

NewsBusters readers might recall that back in August, the media team for Florida Governor Ron DeSantis rejected a request to appear with the cackling coven of ABC’s The View in spectacular fashion by shoving examples of their hate and disinformation in the face of their booker. The show was silent about the rejection until Friday when they spoke with DeSantis’s Democratic… 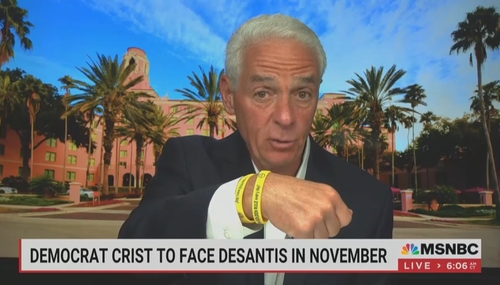 Charlie Crist used to be a Republican. Then he became an independent. Later he was a Democrat. Now, the protean politician appears to be portraying himself as the candidate of the Party of God! Can Charlie Crist possibly believe that he is God's chosen candidate? Or is his current flaunting of religiosity just the latest cynical change of colors by the ultimate political chameleon?

Clay Waters
January 7th, 2010 4:37 PM
The Times dispatched its political personality profiler and snarkster-in-chief Mark Leibovich to Florida to report on the hot race to replace retiring Republican Sen. Mel Martinez. In the course of his report, Leibovich ran into a conservative in a parking lot who showed "contempt" for the New York Times. (Wonder why?)Moderate Gov. Charlie Crist looks set to battle insurgent conservative Marco…