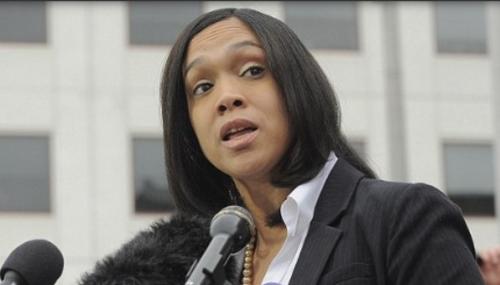 Tom Blumer
June 10th, 2015 12:26 PM
Readers can be excused if they believe that the Associated Press might be more interested in protecting what little is left of Baltimore prosecutor Marilyn Mosby's credibility and reputation than they are in reporting the news. Look at the vague headline about enhanced police presence in the area where Freddie Gray was arrested that Mosby herself requested at the AP story by Juliet Linderman: 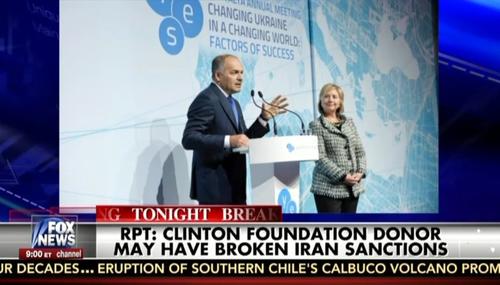 Curtis Houck
April 23rd, 2015 12:23 AM
On Saturday, Newsweek reported that the largest donor to the Clinton Foundation “may be in breach of US sanctions” on Iran due to his business dealings with the authoritarian regime in his capacity as the billionaire head of a Ukrainian pipe-making business. Since the article went public, the “big three” of ABC, CBS, and NBC have yet to even acknowledge this new development. Wednesday’s The Kelly… 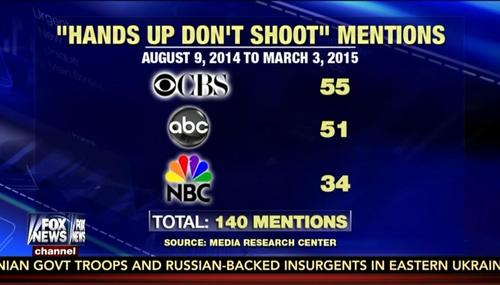 Jeffrey Meyer
March 24th, 2015 9:42 AM
On Monday's The Kelly File, Fox News’ Trace Gallagher highlighted an analysis from the Media Research Center which examined the number of times the "big three" (ABC, CBS, and NBC) networks promoted the "hands up, don't shoot" myth in the wake of the shooting death of Michael Brown by Ferguson police officer Darren Wilson. 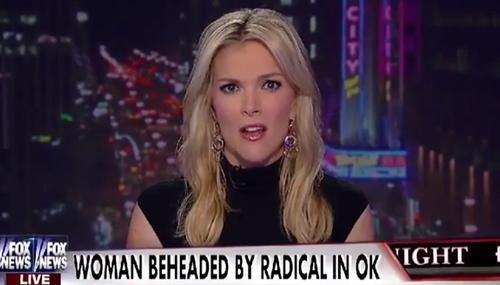 Tom Blumer
September 28th, 2014 8:38 PM
The story of alleged Moore, Oklahoma murderer Alton Nolen, who reportedly beheaded co-worker Colleen Hufford, is fading from the headlines. Barring further developments, I don't expect it to be a news topic on any of the Big Three networks' morning or evening news shows tomorrow. That's because it has already disappeared from prominence at the Associated Press. At 10:20 this morning, the latest… 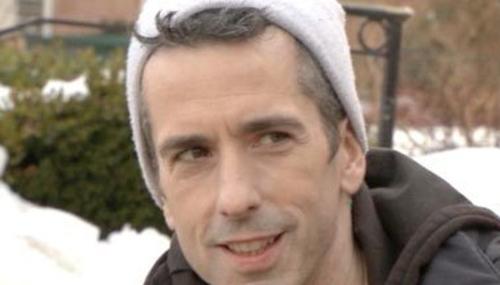 Trace Gallagher at Fox: Insurance Cos. in Calif. Had to Cancel Non-Com

Kyle Drennen
June 9th, 2010 4:54 PM
Copies of the U.S. Constitution put out by Wilder Publishing and being sold on Amazon.com come with an odd disclaimer on the first page of the pamphlet, in part declaring: "This book is a product of its time and does not reflect the same values as it would if it were written today." On Wednesday's America Live on FNC, host Megyn Kelly reported the controversy, will the rest of the media follow? […

FNC's Hume on Swine Flu Hysteria: 'This is Insane

Jeff Poor
April 27th, 2009 5:13 PM
The swine flu story has captured the news cycle for three days and counting now and that's perpetuating the hysteria, according to Fox News Channel's Brit Hume.  Hume appeared on the FNC's "The Live Desk with Trace Gallagher" April 27 and blasted the media in general for hyping the swine flu story 24/7. "I realize it's been a slow weekend in terms of news," Hume said. "The president went out…

Shepard Smith: 'We Are America! We Do Not F***ing Torture

Noel Sheppard
April 23rd, 2009 11:08 AM
Fox News's Shepard Smith got into a heated debate over interrogation techniques Wednesday with colleagues Trace Gallagher and Judge Andrew Napolitano that resulted in the feisty host using an expletive I'm sure he wished he hadn't.Appearing on FNC's webcast "The Strategy Room," Smith took issue with America using any interrogation method that could be deemed as torture regardless of whether or…