“American Morning” provided another forecast of mostly cloudy skies for the housing market on June 26.

“I got to tell you John [Roberts, “American Morning” co-host], this is not good news for people who are out there trying to sell their house and this of course is supposed to be the biggest time of year for sales,” said Gerri Willis to begin her report.

Willis, the personal finance correspondent for CNN and host of “Open House” was reporting new data from the National Association of Realtors that showed lower median home prices and slipping sales.

While the NAR data was downbeat, Willis called it too “upbeat” and “optimistic.” She then labeled a doomsayer with a more negative prediction “respected."

Those looking for a pervasive and severe nationwide decline in home prices are going to have to keep looking.

Core inflation during those two time periods was 0.6% and 2.5%, respectively. OFHEO says that inflation excluding only shelter costs only rose 1.6% during the past year.

I recall no discussions of pervasive real estate "bubbles" or fears of steep, widespread declines during the 1990s.

That's right. Bubble, shmubble, despite this picture from Matt Drudge, who got snookered on this one: Should Americans Support Media’s Desire for the Rich to Get Poorer? 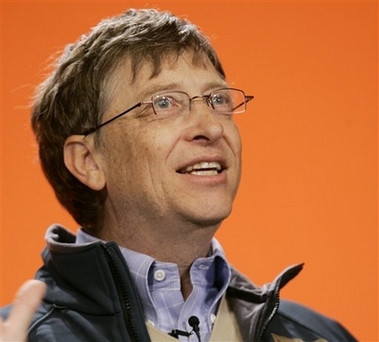 As the stock market has continued to regularly make new highs in 2007, how many times have you heard or read a media report carping about how the rich are getting richer?

Quite a bit, right?

If you feel bombarded with such inanities, consider that a completely unaudited LexisNexis search of major American media outlets identified 234 reports which included phrases like “rich get richer,” “income inequality,” “wealth disparity,” etc., since January 1.

Add it all up, and that’s almost two a day.

A fine example of this nauseating mantra was demonstrated by CBS’s Charles Osgood on “Sunday Morning” April 15:

On April 25, 2007 the Dow soared to another record close, this time above 13,000. As Newsbusters reported here, here and here, the networks did anything but cheer. In fact, network broadcast reporting of the Dow's recovery since 2003 has been marked by pessimism.

Willis said that lawmakers were "jawboning" in D.C. about problems in the subprime mortgage market. She also mocked Sen. Chris Dodd (D-Conn.), who held "a homeownership preservation summit," for not doing anything.

"I guess the wheels turn pretty slowly inside the Beltway," commented Willis before blaming congressional inaction for hurting homeowners:

"There's many simple, even money-saving ways that we can actually give our little bit of help in our own lives and in our own homes and make a little bit of a difference," said weatherman Sam Champion on April 19 "Good Morning America."

But when it came to cost, the April 19 USA Today contradicted Champion:

Networks Suffer From 'Epidemic' of Poor Reporting on Subprime Mortgages

"We should have went to the mob for a loan," said Bronx homeowner Ana Rosado on CNN's March 27 "American Morning."

Her statement, extreme as it was, rivaled network reporting in March about subprime loans and foreclosures.

During his online "Critiquing the Media" chat on Monday, Washington Post media reporter Howard Kurtz agreed with criticism that today's story on immigrant "victims" of mortgage lenders didn't seem to assume that borrowers are in any way responsible for failing to make their mortgage payments. He even agreed with the online questioner's suggestion there was "subtle racism" in the tone of the story:

Northern Virginia: Howard, question regarding the headline and terminology used in today's Post story on foreclosures. In both the current washingtonpost.com headline and the lede the term "victim" is used. The word implies predation and an I see an implication that these people aren't smart enough to understand what they're signing when they apply for mortgages. Am I reading too much into this or is there a subtle racism to writing about immigrant "victims"?

Are Immigrants 'Victims' When They Fail to Pay the Mortgage?

The top right-hand corner of Monday's Washington Post sounds like the return of Hurricane Katrina. "Foreclosure Wave Bears Down on Immigrants" is the headline. Reporter Kirstin Downey begins: "Immigrants are emerging as among the first victims of a growing wave of home foreclosures in the Washington area as mortgage lending problems multiply locally and across the country."

The House That New Jersey Built

Jack doesn't live in this house; Mike does.

Mike Strizki lives in the very first solar-hydrogen house in the U.S. and according to The Christian Science Monitor, "It sounds promising, even utopian: homemade, storable energy that doesn't contribute to global warming."

But the very positive profile of Strizki and his unusual new home left out the cost to other New Jersey residents.

Last night, ABC "World News with Charles Gibson," and CBS "Evening News" both blamed increased foreclosures on lending companies and mentioned tightened regulation instead of discussing the issue of personal choice. NBC "Nightly News" was the only network to bring individual choice into the story on March 13.