After a bombshell report was dropped by Tucker Carlson and Breitbart about Google using its influence in the 2016 elections, conservatives have major concerns.

On America’s Newsroom, House Representative Kevin McCarthy (R-CA) told Bill Hemmer that “an invite was on its way” to Google to answer some questions. Referencing one of his tweets, McCarthy told Hemmer that social media has “been going after conservatives.” 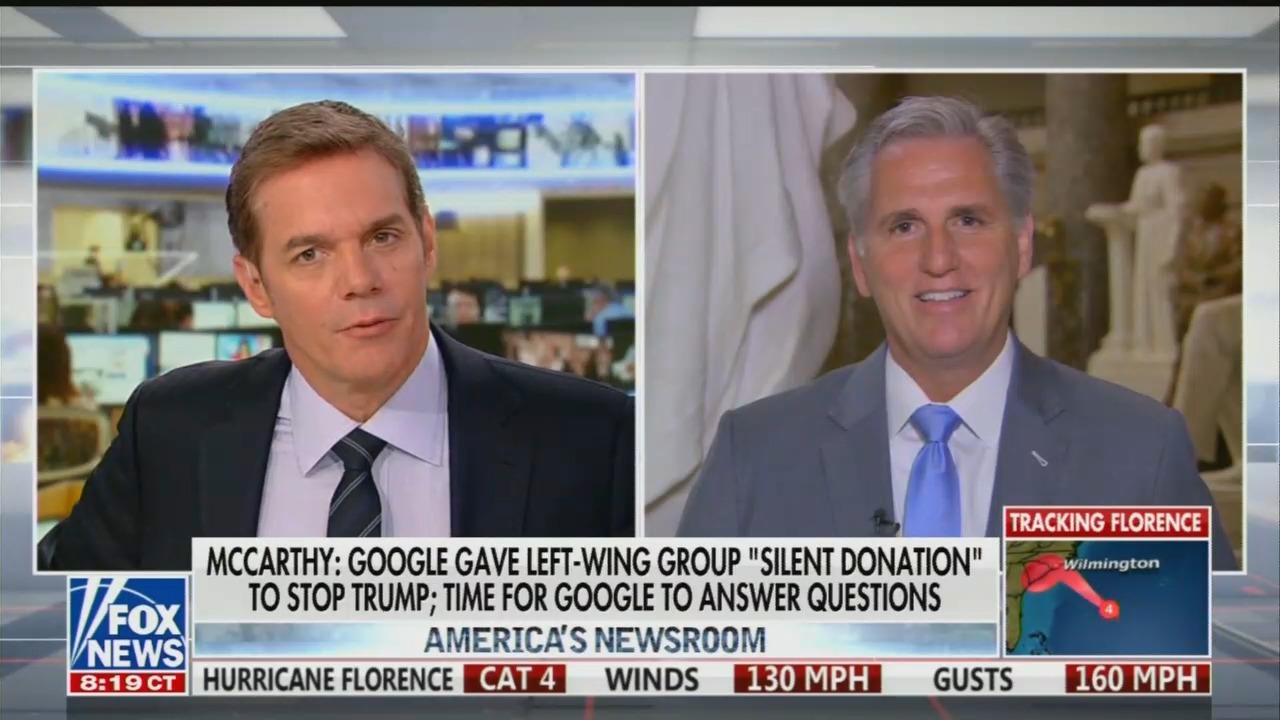 Google was invited to the social media hearings on September 5 but declined to send an executive representative. McCarthy told Hemmer that he expects Google to respond to the House’s request “very soon.”

He said, “Facebook and Twitter came in and we found time and again what has social media been doing? They’ve been going after conservatives. But think about Google. Their whole motto was ‘don’t do evil.’ Well if you don’t do evil, it’s not my words, it’s their own executive said they had a silent donation where they tried to help people to help Hillary win the election.”

McCarthy also referenced Google’s cooperation with foreign governments to comply to those governments’ censorship standards: “Also what are they doing? They’re working with China and Russia to censor individuals on the internet but they stopped working with the U.S. military.”

In addition, McCarthy accused Google of “controlling the internet.” He said,  “And If you were searching the California Republican party just two weeks before the primary do you know what it said of the ideology of the California Republican party? Not the party of Lincoln or Reagan. Naziism. So I think there’s a lot of questions that have to be answered. They’ve been invited before.”