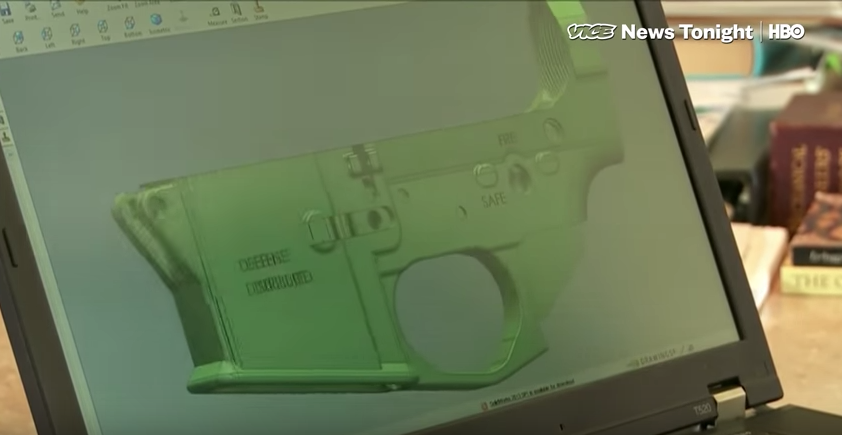 According to the CodeIsFreeSpeech website, “CodeIsFreeSpeech.com is a publicly-available Web site for truthful, non-misleading, non-commercial speech and information that is protected under the United States Constitution. The purpose of this project is to allow people to share knowledge and empower them to exercise their fundamental, individual rights.”

Some who attempted to share links to CodeIsFreeSpeech.com on their page (or through Messenger) were told they were spreading spam. Forbes reported other users were confronted with a message that said the link is “not allowed” and that the ban was enacted to “protect our community.”

A Facebook spokesperson told the Media Research Center, “Sharing on how to manufacture firearms using 3D printers is not allowed under our Community Standards. In line with our policies, we are removing this content from Facebook.”

Facebook’s Community Standards, however, do not appear to have a prohibition on sharing links to content that instructs users how they could manufacture a firearm. The “Regulated Goods” rule regarding firearms reads the prohibition is on:

Content that attempts to sell, gift, exchange, or transfer firearms, firearm parts, ammunition, or explosives between private individuals. This includes content that

Pressed for more information about how the 3D blueprints violate Facebook’s guidelines, Facebook referred to the Media Research Center to the top of the “Regulated Goods” section, which claims, “We also prohibit the purchase, sale, gifting, exchange, and transfer of firearms, including firearm parts or ammunition, between private individuals on Facebook.”

Sharing a link to a website that provides blueprints does not seem to violate the rule against buying, selling exchanging, or transferring firearms.

The Firearms Policy Coalition is currently running a petition drive intended to convince Facebook to lift its ban on CodeIsFreeSpeech.com.

According to the New York Daily News, the website also ran into trouble with Amazon. Amazon Web Services reportedly removed the website, citing compliance with the “temporary restraining order” issued by the judge.