New ‘Antifa’ Video Game Looks as Abysmal as Its Politics

Vice wrote a glowing review of a video game where players control a molotov-cocktail-throwing activist rebelling against a parody of Trump.

Were you looking for the video game equivalent of the Krassenstein brothers cringeworthy book titled “How the People Trumped Ronald Plump?”

Good news. The far left has made a new game just for you!

“Antifa” the video game was given a no-less than gushing review in Vice’s coverage, “'Antifa' the Video Game Wants to Teach Gamers About Antifascism”: 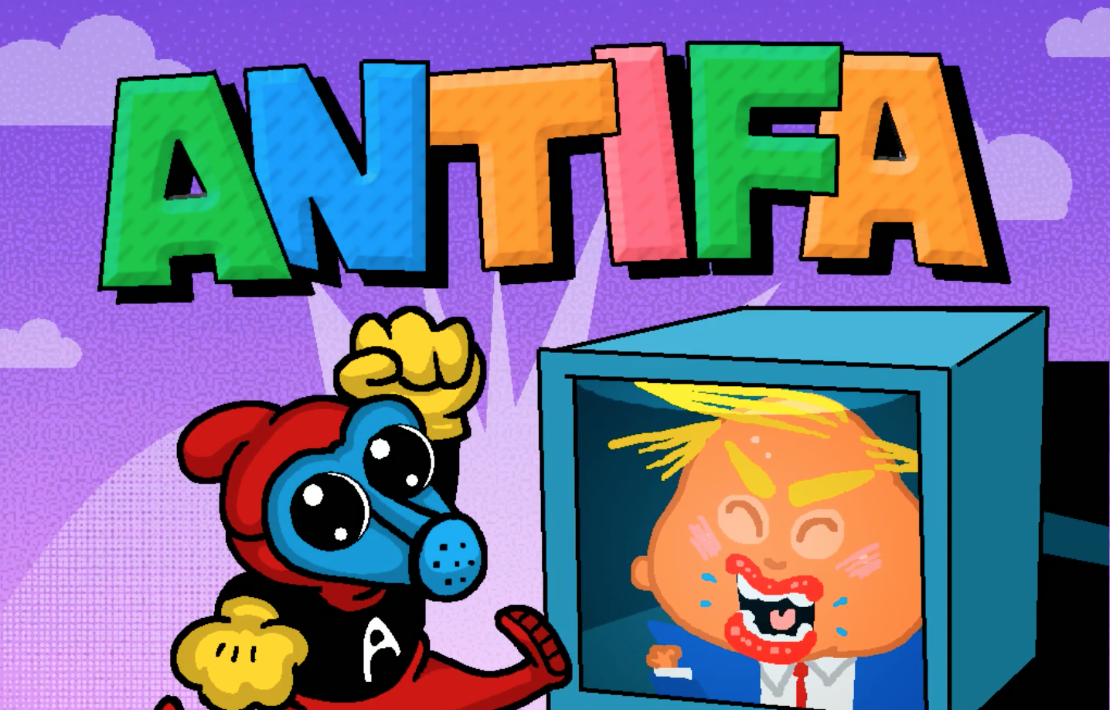 Welcome to Dumpland, where Humpel Dumpty rules supreme! Reigning from the thousands of televisions scattered across the land, Dumpty has deployed his henchmen to imprison swathes of the population in impenetrable darkness. As ‘Antifa,’ our gas-mask-wearing, Molotov-cocktail-wielding hero, you know what you must do: free the people by smashing Dumpty’s TVs and crushing—literally—his prison guards by jumping on their heads.”

Aside from its poor attempt at cute “Super Mario World”-like aesthetics, how uncomfortably real does this game seem? In July, Willem Van Spronsen, “who claimed association with antifascists,” according to The Washington Post, was “fatally shot by police after allegedly throwing ‘incendiary objects’ at an immigration detention center in Washington state.”

Van Spronsen allegedly approached the center around 4 a.m. Saturday, manipulating what looked like an AR-15-style rifle and setting fire to a building owned by the detention center. Police said surveillance video shows he placed flares strategically — including underneath a 500-gallon propane tank — ignited his own car so it would explode and threw molotov cocktails at nearby buildings.

As Vice wrote of this video game, “It is of course a silly satire, but the anti-fascists politics of its creator and their union are no joke.”

Based upon the game’s debatable quality so far, whether or not this whole video game project is a total joke may be up for debate.

The game was reportedly created by an anonymous developer who goes by the pseudonym “Wobbly Dev” and “[r]eleased for free on itch.io.”

Wobbly Dev said, as reported by Vice, that the impulse to create this game was “a perceived lack of overtly antifascist computer games.”

Vice suggested that the game was intended to be “a friendly introduction to antifascism for gamers who might otherwise only know the movement from sensational media coverage.”

Sensational like how CNN anchor Chris Cuomo appeared to defend Antifa? Or sensational like the Antifa-related activist group that doxed Tucker Carlson? How about the alleged Antifa protesters who reportedly bullied senior citizens for being Trump supporters, or those who reportedly left Americans bloodied?

“The game connects to my politics in as much as I am an antifascist,” Vice reported Wobbly Dev as saying. “Anyone who is not pro-fascism should be able to proudly announce that they are antifascist.”

The “game” as it stands currently has only released one level, but apparently more are expected to follow.

“Should you be able to pass level one of Antifa, you’ll have to wait for Wobbly Dev to release the subsequent stages,” Vice wrote. “From the prisons of Dumpland, players will travel through the sewers, countryside, city, and into Dumpel Tower.”