Flashback: George Stephanopoulos to Hillary Clinton: 'I Love You' 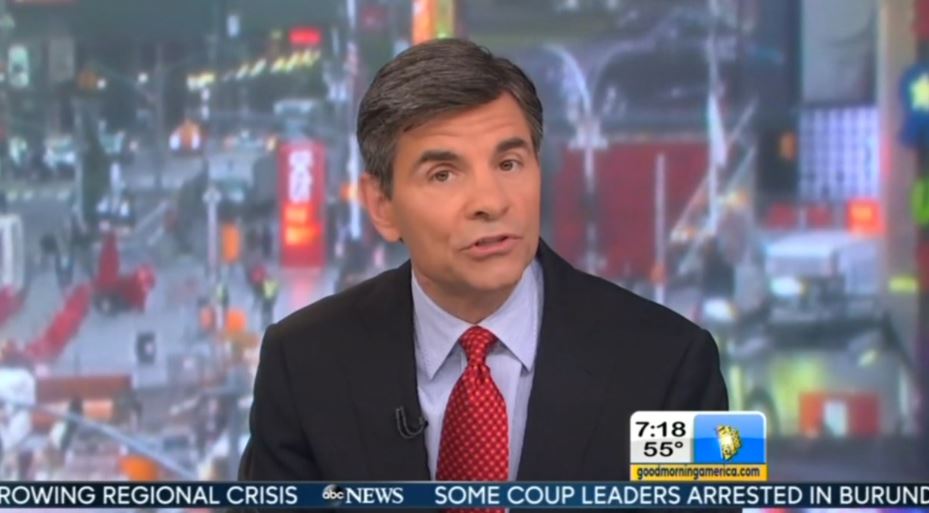 Former Democratic operative turned journalist George Stephanopoulos was rocked this week by the revelation that he donated $75,000 to the Clinton Foundation, an action he kept from the public and his bosses at ABC. This is the same Stephanopoulos who grilled the author of a book critical of the foundation's finances.

But Stephanopoulos's affinity for the Clintons has never been in doubt. In 1999, the now-ABC anchor recounted his "love" for Hillary Clinton and the heartfelt affection he received in response. On page 428 of his memoir All Too Human, Stephanopoulos recounts Bill Clinton's reelection night, 1996. After embracing the then-First Lady, Mrs. Clinton allegedly blurted, "I love you, George Stephanopoulos." The political operative responded, "I love you too."

From the closing pages of his book:

Hillary was in the back bedroom, helping Chelsea get dressed. Just before I left for a victory lap with the network anchors, I knocked on her door. She peeked out, "Just a minute," then came into the hall. Only the two of us were there, separated by a wall from the suite where the returns were being announced and Clinton was holding court. This was our private good-bye. She game me a hug, then held at arm's length for an extra second, a hand on each of my shoulders, her eyes shining.

We smiled through the silence. Victory was vindication – even sweeter for her than her husband. She paid a high price, taken harder hits, achieved fewer dreams. Now she'd have a second chance, and I wished her luck. She did the same for me. All the stresses and threats and resentments, all the times the two of us had clashed because I blamed her for being too rigid and she blamed me for not being as "tough as Kennedy's men" – all that was behind us now. We had survived. We had on. All would be well.

"I love you, George Stephanopoulos."
"I love you too."
Staff no more, I walked out the door.

Stephanopoulos has apologized for his donations and promised not to moderate any 2016 debates. But how can he be expected to offer any coverage of Mrs. Clinton. After all, he "loves" her and she "loves" him.