Megyn Kelly and Kevin Spacey have their eyes set on the White House.

The Fox News anchor and the House of Cards producer recently announced their plan to co-create a new presidential drama called The Resident. This will be Kelly’s first foray in the entertainment world, but Spacey’s fourth production set in the White House. 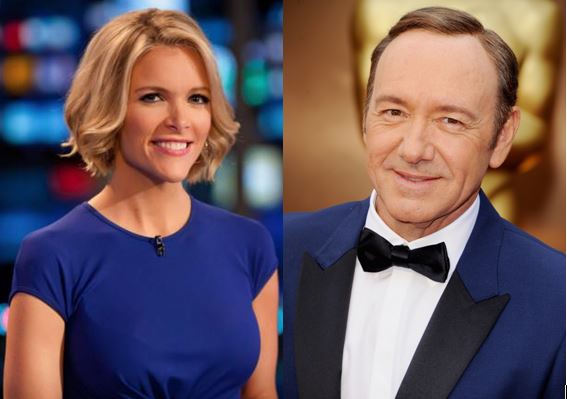 The new series, adapted from a similarly titled book, will take a look at the relationships between presidential service staff and the first families from the Kennedy through Obama administrations.

According to the book’s author, Kate Brower, the story is a sort of cross between Downton Abbey and House of Cards. And, with a partnership between a conservative and a liberal producer, hopefully “The Resident” will also be balanced.

The Hollywood Reporter was less than thrilled at the news, calling the planned show a “doozy” that will join the “slew” of “beltway drama[s].” Salon was even less complimentary, pointing out that “this will mark Megyn Kelly’s first effort at adapting fiction for TV, if you don’t include every single Kelly File she’s ever done.”

Of course, Salon failed to realize that Brower’s book is a non-fiction history, but that would have ruined the jab at Kelly.