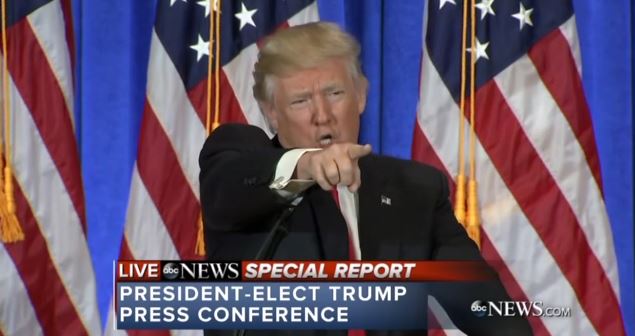 Last week, vehement anti-Trumper George Will declared that conservatism in 2017 is “soiled by scowling primitives.” Washington Monthly blogger Martin Longman doesn’t disagree, but he contends that Will is partly to blame for that sordid state of affairs.

In a Thursday post, Longman argued that since “the right is basically the home for business interests and the left is basically the home for workers’ interests, the right will always be very badly outnumbered,” though conservatives, because of their vast wealth, “can mitigate these disadvantages…They can restrict the franchise. They can control most of the media and thereby dominate the national political conversation. They can outspend their opponents…But, ultimately, none of that will help them win elections and maintain their power unless they can find a bunch of workers to abandon their natural home” in the Democratic party.

Toward that end, Longman wrote, conservative Republicans first lured racist voters from that “natural home,” the longtime “party of white supremacy and Jim Crow.” Then, beginning in the 1970s:

An amalgam of Christian conservatives was brought into allegiance with [William F.] Buckley’s jet-setters to form the backbone of the Reagan coalition. These new Republicans were the furthest thing from Bach aficionados and most of them had only seen yachts on television. But they served as the bodies that business interests needed to prevail politically and begin to beat back a New Deal that was no longer working as well as it had. Buckley and his allies didn’t give a damn about prayer in school or restricting abortion rights, but they needed an army that would back them on opposing federal regulations, high marginal tax rates, and strong antitrust enforcement.

Conservatism was always about raising an army of vulgarians to serve the interests of a new conservative elite…That’s it. That’s all of it.

To keep the riff-raff in the fold, Longman stated, “the conservative movement has built a post-factual media grievance machine that churns out bile 24 hours a day. They didn’t do that for giggles. They did it because it was required to get them from near-permanent minority status to where they are today, with all the levers of government in their control.” He added that a conservatism Will would find congenial, one that’s “high-minded [and] values high culture and the finer things in life…would be a recipe for building a political party scarcely bigger than the editorial staff at the National Review.”

To Longman, it’s ridiculous that Will didn’t complain like this until recently. After all, his “life’s work has been in the service of amplifying every abhorrent and dysfunctional thing that he bemoans now. His conservatism was a con-job and a deal with the devil. In some way, on some level, I feel certain that he’s known this all along. How could he not considering his arrogance and dismissive attitude toward the horde that he’s cultivated for so long?”