Column: The Unanimously Liberal Tilt of the 'Fact Checkers'

Now that the Ketanji Brown Jackson hearings are complete, we have collected another fascinating exhibit of the leftist tilt of “independent fact checkers.” Just try and find a single fact check on anything Judge Jackson said. Try and find a single evaluation of any statement by a Democratic politician touting Jackson – from Biden and Dick Durbin on down.

Checking liberals and Democrats is apparently not listed among their job duties. 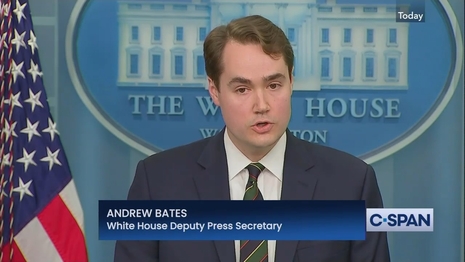 On March 28, White House deputy press secretary Andrew Bates addressed Judge Jackson’s qualifications. Bates claimed what speaks to the strength of her public record “is the multitude of fact-checks from the press, from retired judges, and from former prosecutors who have dismantled attacks brought by a small group of GOP senators.”

“Dismantling” Republican critiques is the job of the Fact Check community? That’s what it looks like.

The Biden press aide correctly noted “This was all on top of a raft of other fact checks already establishing that the basis of these criticisms was dishonest.” Democrats can float on a raft of “fact checks” attempting to censor or downgrade the reach of Republicans.

The targeting tilt was unanimous.

The Associated Press team offered three “checks” with a self-evident aggression: “Republicans twist Jackson’s judicial record,” “Republicans skew Jackson’s record on crime,” and “Senators misrepresent Jackson on abortion.” Why they left “Republican” out of the third one is anyone’s guess.

Reuters offered two “fact checks” defending Judge Jackson, that it was “missing context” when she attacked loud anti-abortion protesters, and that it was “misleading” to say she accused President George W. Bush and Donald Rumsfeld of being “war criminals,” when she complained terror suspects were tortured at Guantanamo.

FactCheck.com offered three “checks” that energetically explained why Judge Jackson was unfairly maligned, including her views on critical race theory.

Snopes.com wondered “Was Ketanji Brown Jackson Drama Scene Partners with Matt Damon in College?” The verdict was “Research In Progress,” which shows you Snopes wants the clickbait before the research is even completed. That’s not a fact check at all.

Add to that one bizarre attack on a Trump fan on Facebook with 2,700 friends. He was ruled “False” when he claimed the Kavanaugh hearings drew more live coverage than the Jackson hearings. That is “True,” and PolitiFact is “False.” Once they started throwing around shoddy rape claims, The Price Is Right and The View had to take a hike.

This is why Jacob Siegel of Tablet magazine proclaimed “America’s new public-private ‘Ministry of Truth’ mainly serves the interests of the tech platforms and Democratic Party operatives who underwrite and support the fact-checking enterprise. This, in turn, convinces large numbers of normal Americans that the officially sanctioned news product they receive is an ass-covering con job.”