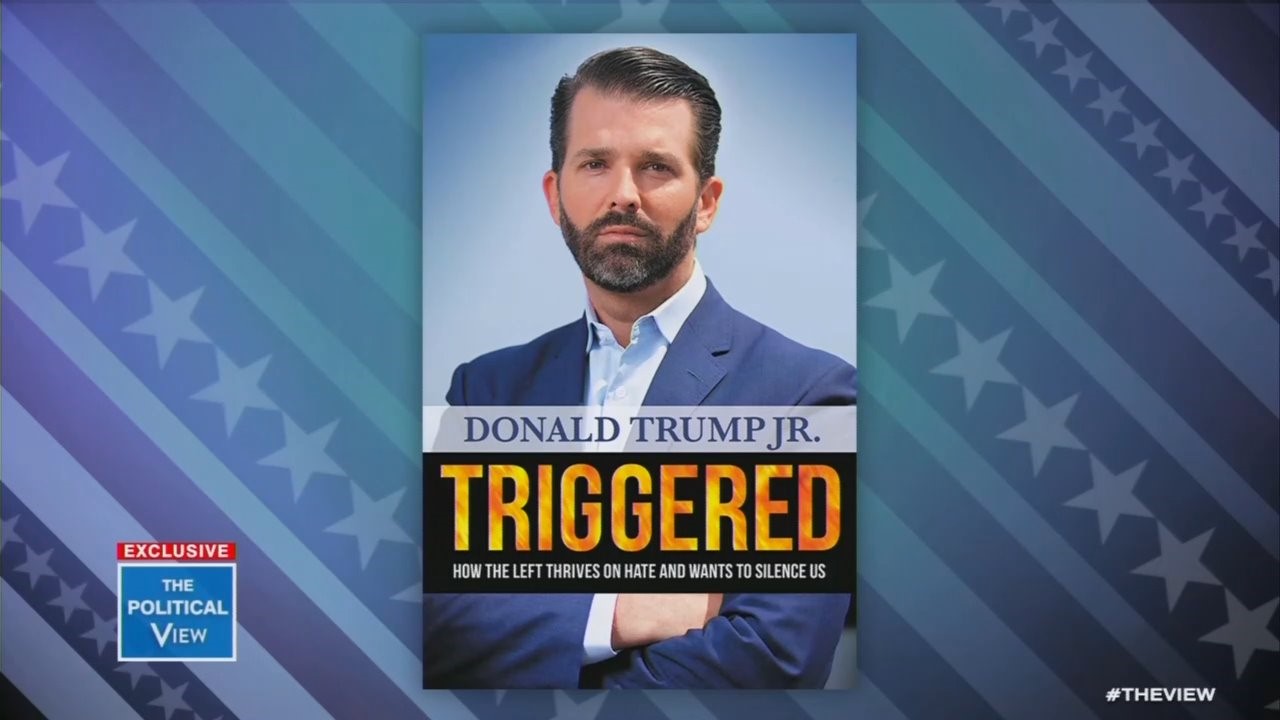 Yahoo Entertainment reports that Donald Trump Jr discussed his feisty Thursday appearance on ABC’s The View over the weekend, saying it was “about time” someone got the better of the show’s hosts. He also told radio host John Catsimatidis that he was disappointed that they didn't ask about his book. Instead, they "were trying to smear me."

Instead, this is how it went down.

Co-host Abby Huntsman began the interview by briefly gliding past the book. "We're going to get to Triggered, the book, in a moment and your relationship, but you did something that triggered a lot of people yesterday, including myself by releasing the name of the whistleblower." Then she lectured "The whole point of releasing a name is to intimidate someone, to threaten someone, and to scare other people from coming out. That's something that dictators do."

Donald Trump Jr. attempted to work in mentions of the book, but no questions came. "That's a big part of the book which is, it's not a level playing field in terms of outrage," he said. And "A big part of why I wrote the book is because there's so much hypocrisy out there."

Co-host Sunny Hostin glided past the book when they were trying to compare Hunter Biden to Trump Jr., and how President Trump encouraged people to buy the book. "I think that's benefitting from your dad's presidency, but not that my opinion matters, but let's talk about 2020 because you talk about 2020 in your book." And then they turned away again from the book.

At the very end, when co-host Whoopi Goldberg proclaimed the show was "over," or at least the "Trump show" was over, she briefly mentioned in an exasperated tone "Thank you for coming. The new book Triggered is out now. We'll be back."

Is this what Democrats get on The View? No.

Just rewind a few weeks. On October 2, Hillary and Chelsea Clinton came on for three segments as they promoted their book Gutsy Women. They also faced a series of (much gushier) questions about impeachment and the 2020 election. But the entire third segment was about their book.

Joy Behar said "It's really a terrific book. And I have to say, just I picked something out of there because when I was a teacher, I taught reading comprehension to high school kids, and one of the essays that we covered was Rachel Carson's Silent Spring, and she was the, basically the pioneer of the present environmental movement. She got rid of DDT. Tell us about Rachel Carson."

Then Sunny Hostin asked: "Secretary, you also write about Eleanor Roosevelt in the book and her decision to stay in the marriage after he discovered her husband's affair. And then yesterday on ABC, you said that staying in your marriage was personally the gutsiest thing you've done. Now, I've been married 21 years, and it isn't easy to stay in a marriage, but why was that out of all the things you've done the gutsiest thing you've done personally?"

The View also "rewarded" every member of the audience with the Clinton book. Isn't that special?