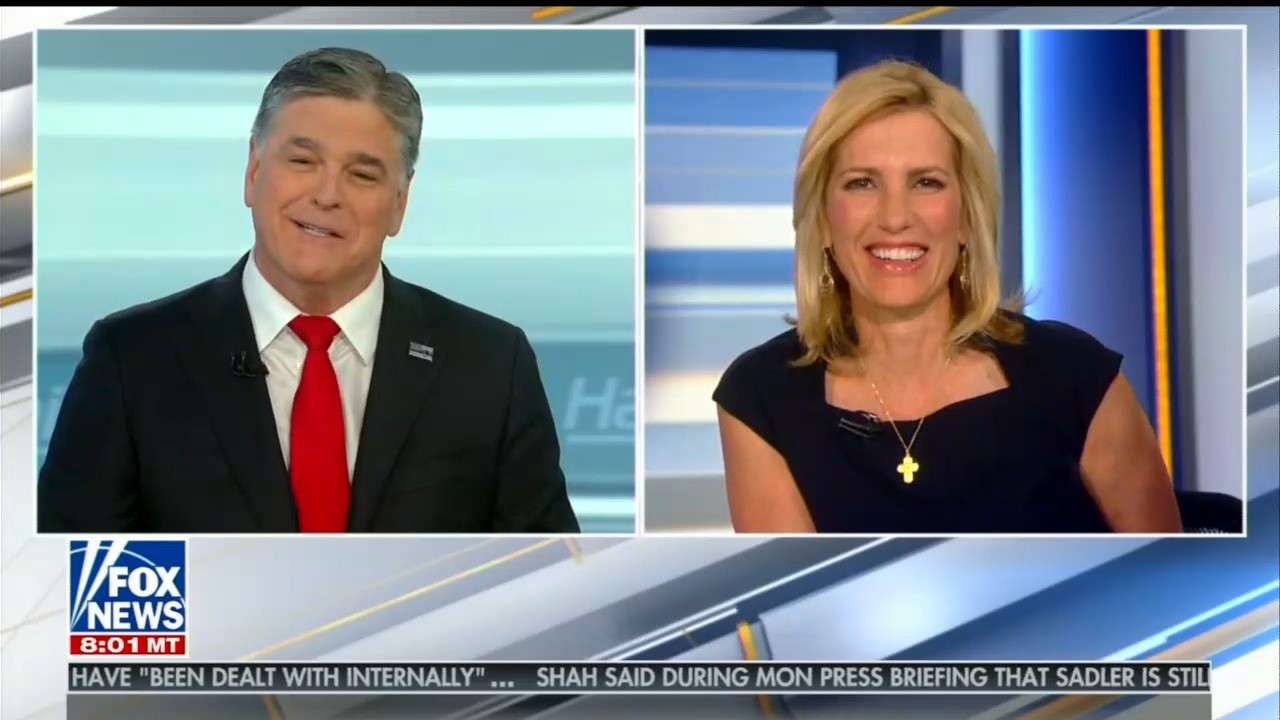 Sean Hannity congratulated his fellow Fox News Channel host Laura Ingraham in the 10 p.m. Eastern handoff on Monday night for “killing it” in the ratings. TV Newser has the breakdown that showed, for the first time ever, The Ingraham Angle beat MSNBC’s flagship 9 p.m. Eastern program The Rachel Maddow Show, in the key 25-54 demographic for the week.

It looks like the boycott efforts of angry leftists completely backfired. Ingraham mocked teenage anti-gun activist and Parkland shooting survivor David Hogg for some college rejections (and then she quickly apologized). At one point, more than a dozen companies announced they were pulling their ads. Since she took a pre-planned vacation, Ingraham has seen her ratings climb. Some liberal media types were rooting for Hogg to take Ingraham down using "the canny ability to muster social media on his own behalf."

"By the way, why is your picture all over Drudge? Oh, Laura’s ratings! My ratings are high, too, you know!" Hannity joked. He added: "We are number one in cable right now and you are killing it and I'm happy and proud of you." Ingraham complimented Hannity on his show and his regular investigative-reporter guests.

“We’re really proud of you, congratulations. You know, we can’t do this without this audience,” Hannity said. “And thank God –– you know, we lost three-quarters of Fox primetime, and we’re still killing it, we’re number one, thank God to this audience. And I mean that.”

Ingraham thanked Hannity for being a mentor for many years, and he quipped: “Listen, I’m the old man here...I’m sort of the bridge between two generations of Fox.”