CNN, MSNBC Give Half-Hour to Hillary Speech, Nothing to Mike Pence Speech at Naval Academy 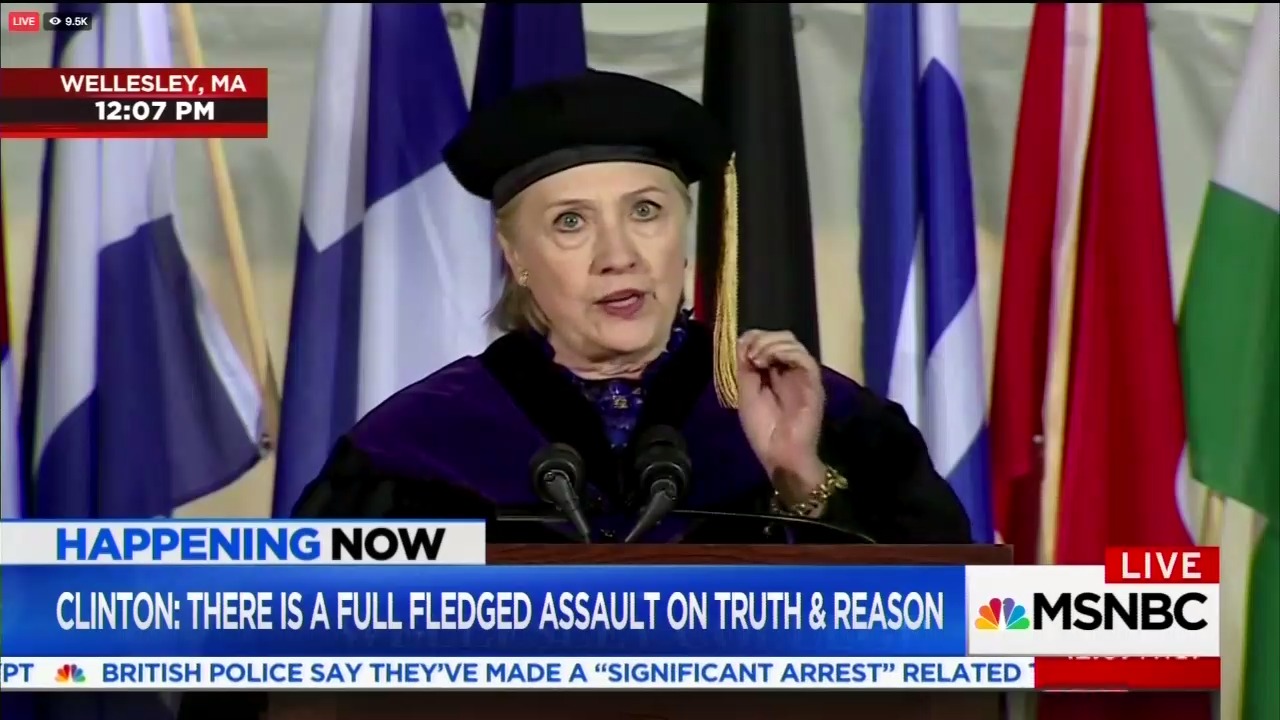 Liberal bloggers love to mock the news judgment of Fox News, but CNN and MSNBC were truly displaying their affinity for Hillary Clinton on Friday by giving more than a half-hour of live coverage to her commencement speech at Wellesley College, her alma mater. In the previous hour, Vice President Mike Pence addressed graduates of the U.S. Naval Academy in Annapolis, but neither network noticed that. The presidential loser was far more newsworthy than the sitting Vice President.

There were no snarky CNN or MSNBC chyrons as Mrs. Clinton attacked the president for assaulting "truth" and openness, stating "when people in power invent their own facts and attack those who question them, it can mark the beginning of the end of a free society." CNN anchor John King called Hillary's harsh attacks merely "full-throated" and "aggressive."

JOHN KING: That was remarkable....This was just full-throated. A lot of people think, what is Hillary Clinton going to do in her political retirement. That's not retirement. As she spoke at this commencement, a budget of unimaginable cruelty. A trillion dollar mathematical lie, she said, wrapped into that budget. She mocked the president for talking about crowd sizes, alternative facts. And, she said, in her view, he's a threat to society....Now, if you're a Trump voter out there, you're probably saying, sore loser. But we didn't know how active and how aggressive she was going to be. That was something else.

Washington Post reporter Abby Phillip called it a “cheerleading act for the Resistance.”

Fox News, by contrast, only showed Mrs. Clinton speaking at the end of their 11 am hour, talking over it. On Fox Business, anchor Neil Cavuto showed Mrs. Clinton at 12:13, and mused out loud about the utter lack of fire-breathing conservative protesters at Wellesley:

NEIL CAVUTO: We're still following Hillary Clinton speaking at Wellesley, and of course we're waiting for that moment a group of conservatives, probably a large consortium at Wellesley if I know Wellesley, start walking off or throwing spitballs at her. That has not materialized yet but I will predict this, if it were to happen, it would get wall-to-wall media coverage, and any dustups we see elsewhere, mmm, not so much. But again safe to say, that the odds of that happening are like me popping up first on the salad bar line. But we'll watch. You could always be surprised.

Fox carried pretty much all of Pence's speech in Annapolis from 10:32 to 10:54 am, and Fox Business ran the first seven minutes. MSNBC never mentioned Pence in that hour, and CNN only referred to Pence as tweeting congratulations to Montana's controversial new Congressman-elect Greg Gianforte (while advertising the upcoming Hillary speech!) 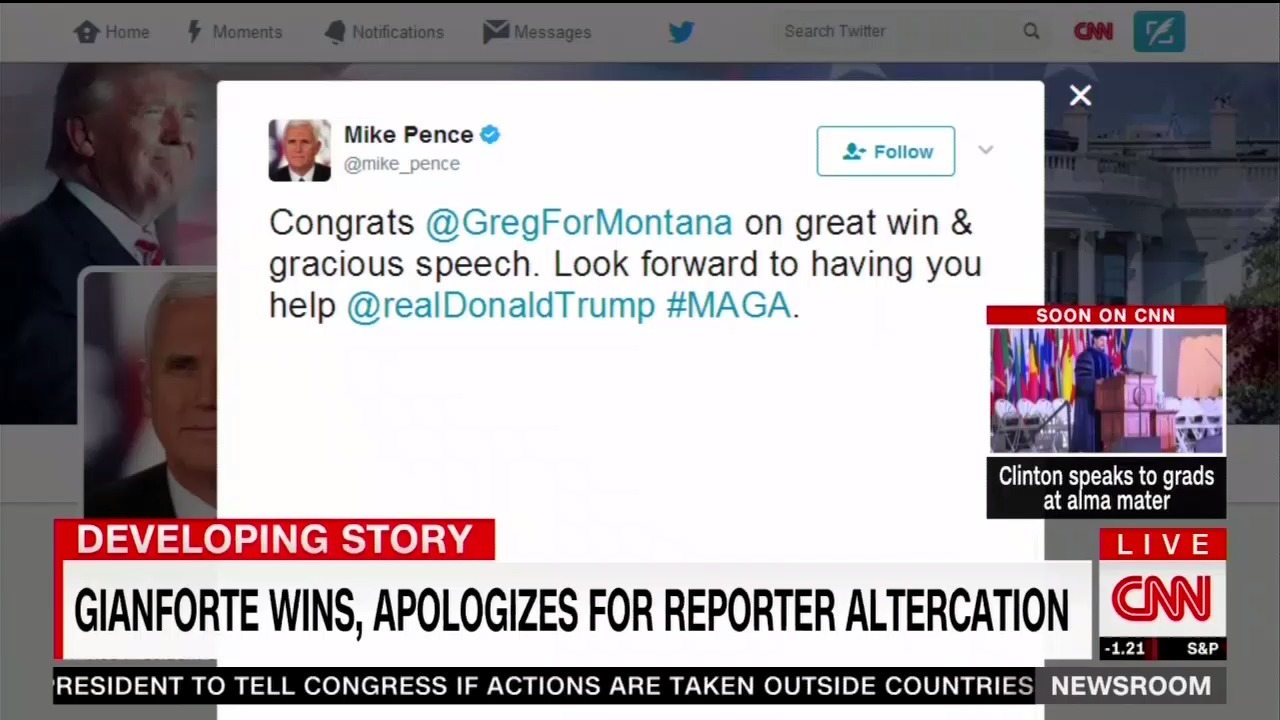