While The Washington Post would only go to Kenya looking for gushing over Barack Obama, they turn to Canada to make fun of Ted Cruz. The front-page story on Saturday was headlined “Calgary's stand on Cruz: 'The States can keep him'.”

This whole story is one long cheap shot. Who cares what they think? Ted Cruz left Canada when he was 4. Via WaPost https://t.co/RyLNudc7CE

Post correspondent Mary Jordan lined up Canadians to echo the Washington Post news room: Cruz is ultraconservative, and he doesn't get along well with the Old Guard on Capitol Hill:

CALGARY, Alberta — Here in the city where Sen. Ted Cruz of Texas was born, many Canadians give less than a hockey puck about whether their native son is eligible to be the U.S. president.

Many of them are just glad he’s not running for anything in Canada.

“I just don’t think he’s reasonable. The States can keep him,” said Jane Savannah, a nursing student at Foothills Medical Centre, the hospital where Cruz was born in 1970. A close follower of U.S. politics, Savannah talked of how Cruz was not liked “by a lot of people in the Senate” and of how he was chummy with business mogul Donald Trump “until he tried to eclipse him.”

Many here are bingeing on the U.S. election as if it were an addictive TV drama. In these snowy foothills of the Canadian Rockies, they are especially amused as constitutional scholars argue whether Cruz qualifies as a natural-born citizen of the United States — and as Trump insinuates that Cruz is too Canadian to live in the White House.

Birtherism is a viciously racist mental disorder when used against Barack Obama, but it’s an amusing exercise in needling when it’s used against a conservative.

A conservative Canadian, many say here, is a liberal American. 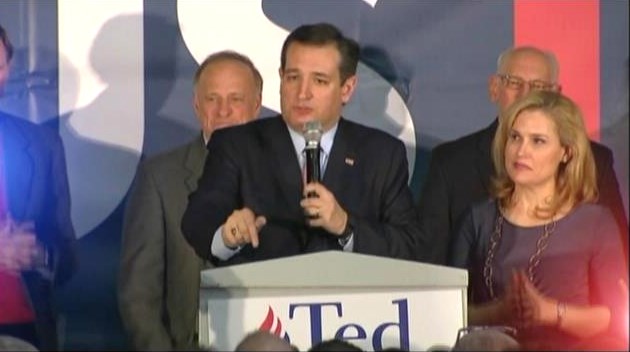 "He's pretty extreme," said Steward, chatting over a cup of coffee on a frigid day. Canadians are "much less inclined" to mix religion and politics, she said.

Fond of their socialized health care, Canadians also chafe at Cruz's fervent opposition to the Affordable Care Act. They welcome Syrian refugees and disagree with Cruz's fierce anti--immigration stance. And in a country with much tougher gun laws, the video clips of Cruz cooking bacon by wrapping it around the barrel of an AR-15 rifle left some slightly aghast.

Given all that, Paul Fairie, a political scientist in Calgary, said: Don't expect anyone to make a "memorial at his childhood home."

If anyone tried, they would run straight into Mary Eggermont-Molenaar, who lives in the first house Cruz lived in as a newborn.

“If he knocked on the door, I’d welcome him — but I’d give him an earful,” she said in the cozy kitchen of the two-story house in the middle-class St. Andrews Heights neighborhood.

“You can’t blame him for where he’s born, but you can blame him for being pro-gun and pro-death penalty,” she said. “Even my right-wing friends don’t like him.”

Eggermont-Molenaar, an author from the Netherlands, joked that, given that his rivals tell him to run for office in Canada, and he is a poor fit here, he should consider a third option: “Cuba!”