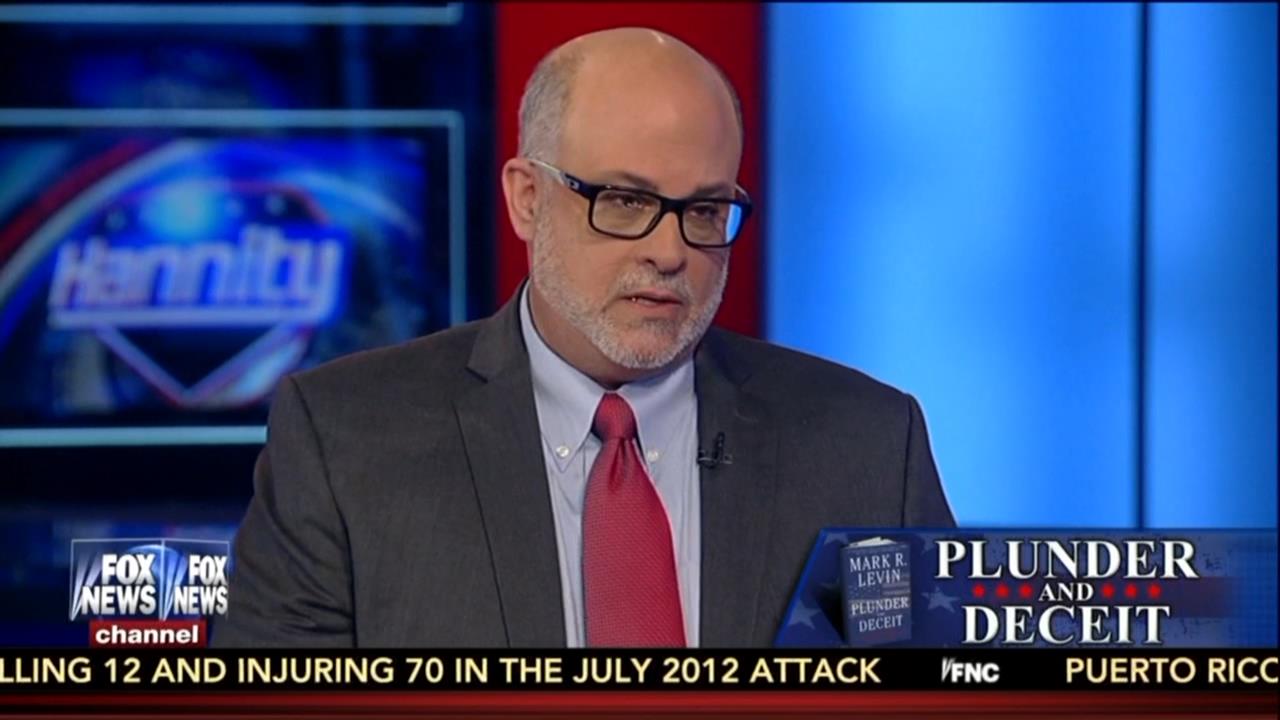 Washington Free Beacon culture editor Aaron McLean scrunched as many book recommendations as one might expect in a single article – 66! But it might seem odd that such a 2015 Favorites list for conservatives would leave out a top seller this year – Mark Levin’s Plunder and Deceit.

It might seem possible for book reviewers to see the author is a popular talk-show host and not read further. But Levin’s books are deep explorations of public policy and political philosophy. We’d have suggested to our friends at the Free Beacon it would have fit snugly into the paragraph on tracts against statism:

For loved ones who live, eat, and breathe politics, publishers have supplied more than adequate provisions in 2015. If you know someone who might like some forward-looking takes on the condition of the conservative movement, consider getting them Arthur Brooks’ new argument for a kind of compassionate conservatism, or this manifesto on “conservatarianism” by National Review’s Charles Cooke. They might also like to look at how former senator and now Judge James L. Buckley proposes to return power to the states, or, in a similarly reformist vein, at how Charles Murray wants to do battle against federal overreach.

The Free Beacon is linking to its own book reviews, but somehow they missed the Levin book earlier in the year. But they didn’t miss it when Levin touted its reporting on George Stephanopoulos and his $75,000 in donations to the Clinton Foundation.

Our column on Plunder and Deceit is here.