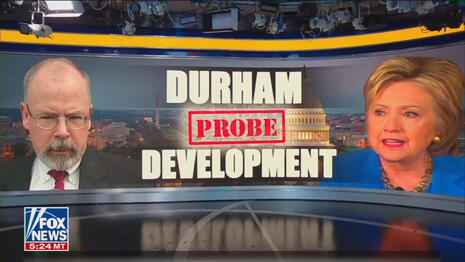 UPDATE: The Washington Post added an “analysis” piece Monday afternoon by Philip Bump. But still nothing in the print paper on Tuesday.

The Washington Post has yet to file a report on a bombshell allegation from special counsel John Durham that the Hillary Clinton campaign spied on Donald Trump during his 2016 campaign and the presidency.

Outlets like The Washington Times and The Washington Examiner broke the story over the weekend, but the Post, as of Monday afternoon, doesn’t have a story in print or online.

A search on WashingtonPost.com finds six results in the last week, including the Durham Police in Ontario, Canada, Duke University basketball, among others. But nothing on the Durham probe. 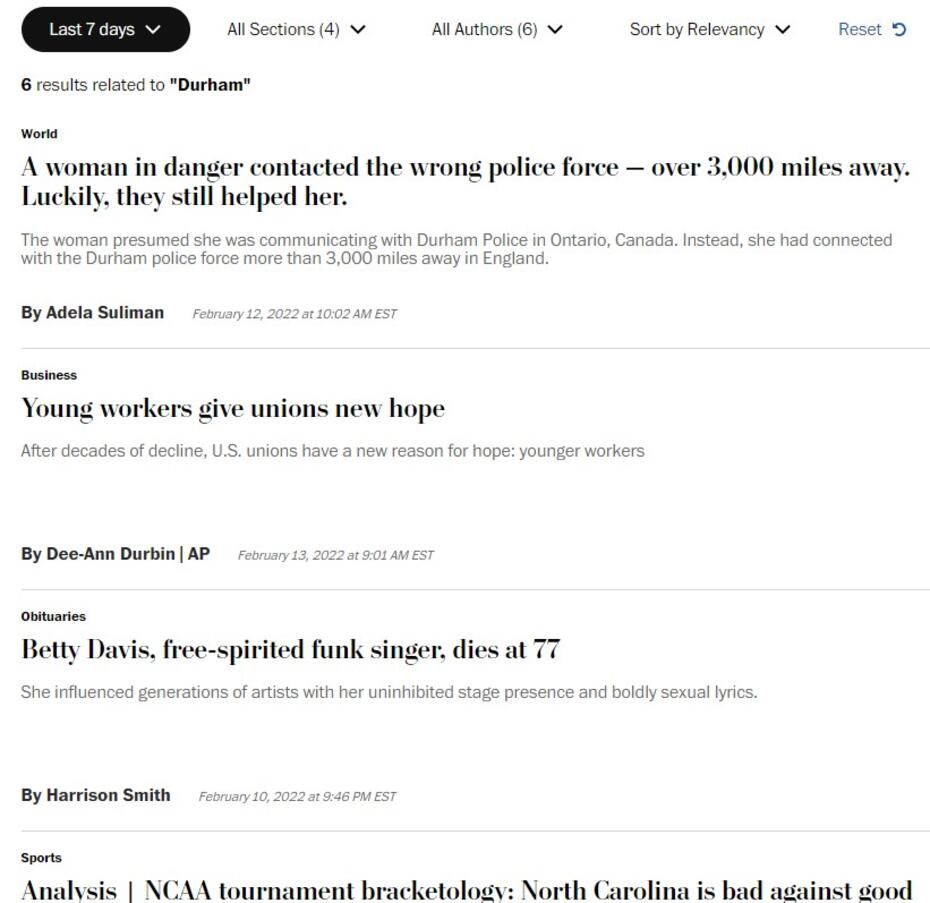 By contrast, here’s The Washington Times report on Sunday:

Stunned Republicans demanded answers Sunday after an explosive court filing linked the 2016 Hillary Clinton campaign to a purported surveillance operation aimed at digging up dirt on Donald Trump both before and after he won the presidential election.

Special counsel John Durham alleged in a court filing Friday that a tech company working with an attorney for the Clinton campaign exploited its access to servers for Mr. Trump’s residence, Trump Tower and the White House to mine data that would establish an “inference” and a “narrative” connecting Mr. Trump to Russia.

Mr. Trump has long accused the Clinton campaign of spying on him. Democrats and mainstream media figures have dismissed that claim as a conspiracy theory, but Republicans said this weekend’s bombshell filing shows the spying was even more extensive than they thought.

Here’s how The Washington Examiner explained the explosive story on Saturday night:

Special counsel John Durham says he is building a case to show the technology executive with whom an indicted Democratic lawyer on the payroll of Hillary Clinton's campaign was working to build a Trump-Russia collusion narrative gained access to internet traffic at the White House to try and obtain dirt on former President Donald Trump.

Left-wing lawyer Michael Sussmann was indicted last year for allegedly concealing his clients, among them Clinton's 2016 presidential campaign, from the FBI when he volunteered since-debunked claims of a secret back channel between the Trump Organization and Russia’s Alfa Bank. Durham revealed in a Friday court filing that he has evidence that Sussmann’s other client (dubbed “Technology Executive-1” but known to be former Neustar Senior Vice President Rodney Joffe) “exploited” domain name system internet traffic at “a particular health care provider” (which was likely Spectrum Health), Trump Tower, Trump’s Central Park West apartment building, and “the Executive Office of the President of the United States.”

It’s not just the Post though. The networks on Sunday and Monday have also been silent on the bombshell claim that the Clinton campaign was spying on candidate Trump and President Trump. The corruption of the so-called mainstream media knows no bounds.