Minutes after Representative Steve Scalise and several congressional aides on Wednesday were shot while practicing for a baseball game, journalists on MSNBC and Twitter immediately politicized the attempted massacre, offering calls for gun control.

Although MSNBC anchor Stephanie Ruhle admitted “we don’t know what type of gun” was used, she speculated, “How difficult is it to get a weapon like this?” MSNBC security expert Clint Watts replied, “It's not difficult at all.... We have very loose gun laws around rifles, semiautomatic rifles, whatever it might be.”

Atlantic editor David Frum went on a Tweet storm, lashing out about the Second Amendment-friendly Virginia: 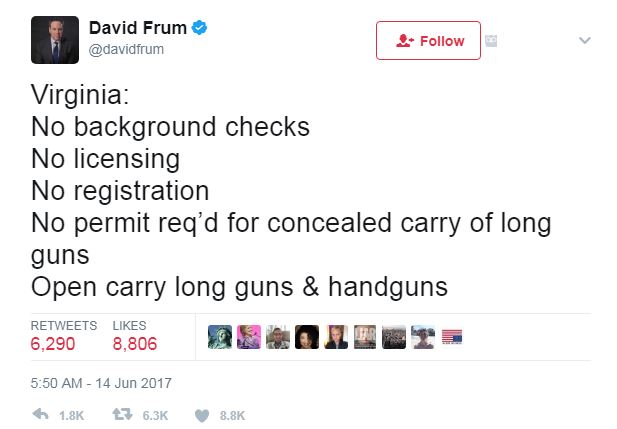 He then mocked those who would offer prayers: 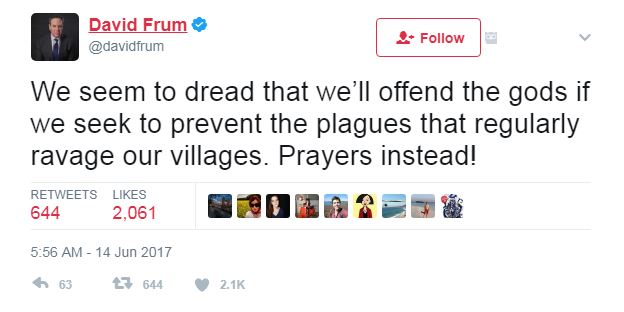 Ramos, it should be pointed out, has called for repealing the Second Amendment. So his motives are more than a little suspect. 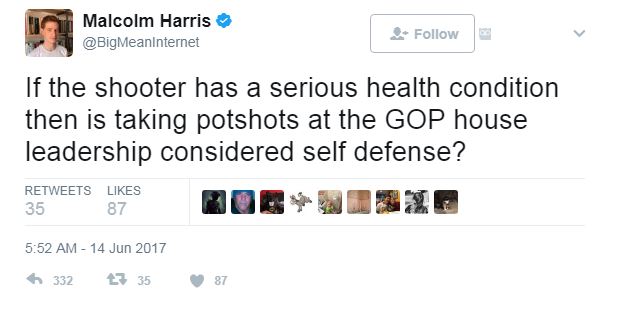 (The journalist is also an Occupy Wall Street protester who was arrested in 2012.)

Hayley MacMillen, the editor of Allure magazine whined about not being able to call for gun control minutes after an attempted shooting: 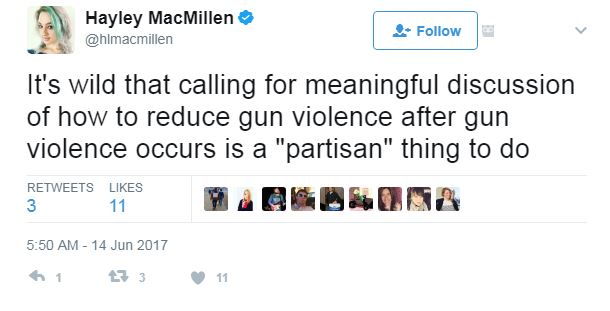 Apparently, it’s never too soon for liberal journalists to politicize a tragedy.

A transcript of the MSNBC exchange is below: 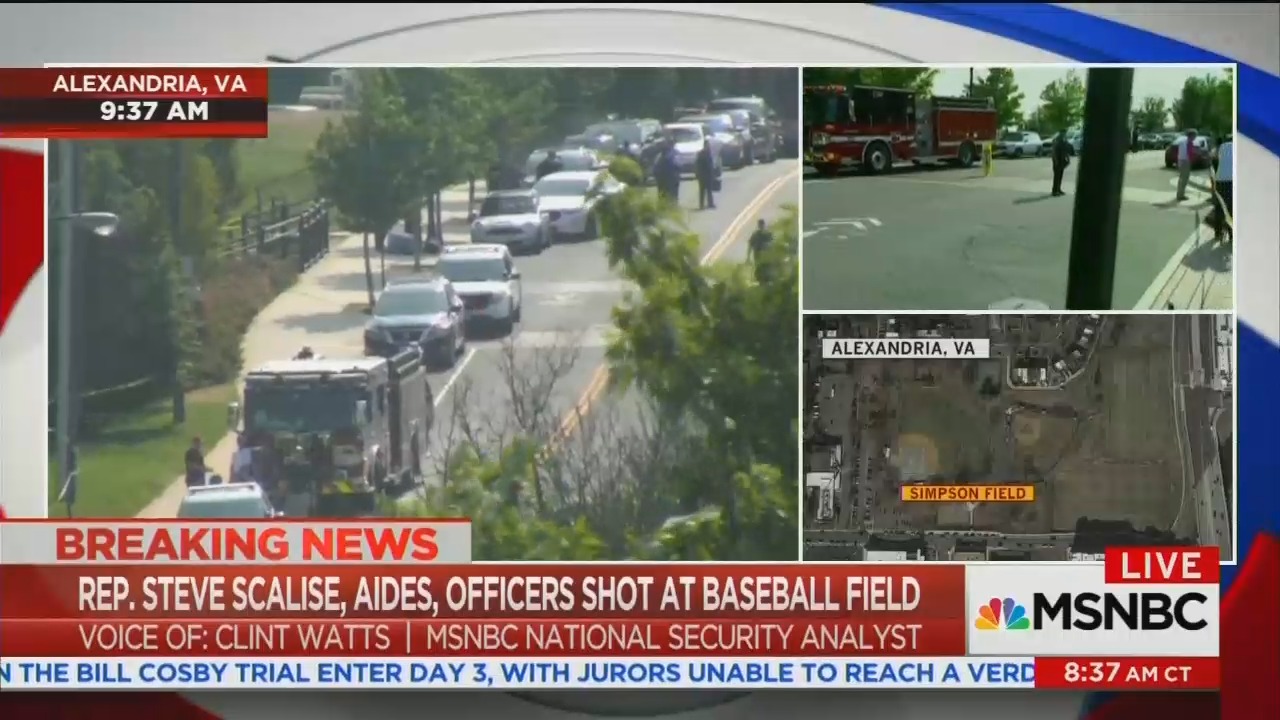 STEPHANIE RUHLE: Clint, I want to talk about —  and again, we don't know what type of gun that was used —  but given the amount of shots that were fired, we have heard a rifle, possibly a semiautomatic. How difficult is it to get a weapon like this?

CLINT WATTS: It's not difficult at all. Depending on what state you're based in, there's slightly different rules in terms of gun ownership. But you can acquire one, you know, within a day sometimes or even two to three days if there are some restrictions out there. So it's not difficult to acquire or move these weapons. Nor is it get the ammunition for it. We have very loose gun laws around rifles, semiautomatic rifles, whatever it might be. And when we look at this in the end, I think what it will ultimately come down to is we did have a really quick response. The Capitol Hill police sounds like were critical in ending the situation.