By Matthews' own past statements, wouldn't an examination of the possible root causes of the FRC shooting be warranted? On January 10, 2011, Matthews said of the Giffords attack: "Sarah Palin using gun play language. What is she talking about crosshairs and reloading...and Bachmann out there with her kind of talk." He hinted, "Why are guns talked about so much, especially on the right? Why?" 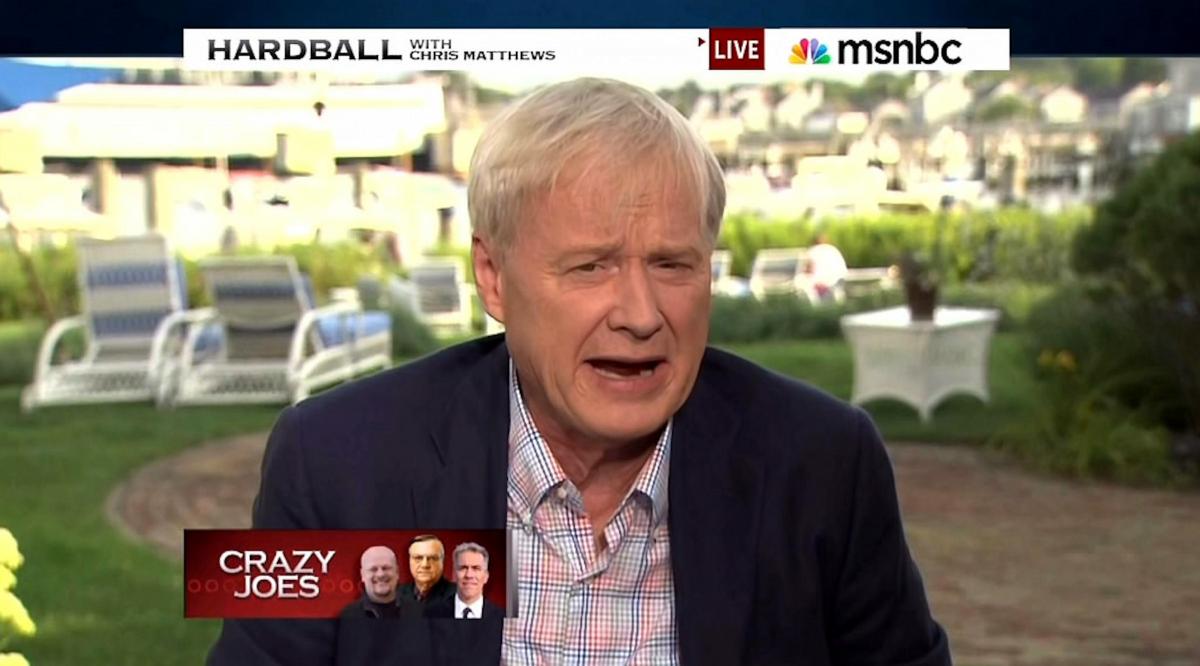 On June 10, 2009, Joan Walsh, one of Matthews' favorite guests, linked Rush Limbaugh to the Holocaust Museum shooting. She slimed:

There is a very disturbing and disturbed element of political discourse. And I would, I would throw in Rush Limbaugh. Not blaming him, but when you say that our President is more dangerous than al-Qaeda you've gone off into crazy nut job land. You are off the charts crazy. And you are, you are whipping people up.

On Wednesday, Fox News reported of the FRC attack:

The suspect "made statements regarding their policies, and then opened fire with a gun striking a security guard," a source told Fox News. WJLA-TV7 reported the suspect was also shot. Sources also said the gunman may have been carrying a bag from Chick-fil-A, the embattled fast-food restaurant whose president came under fire from gay activists after he said he did not agree with same-sex marriage.

Sources told Fox New that after guard took away his gun, the suspect said, "Don't shoot me, it was not about you, it was what this place stands for."

It's sadly not surprising that Matthews, who often likes to jump to conclusions and link conservatives to acts of violence, had no interest in covering an attempted slaughter at a conservative organization.

On Wednesday's show, however, Matthews made sure to highlight comments by Samuel "Joe the Plumber" Wurzelbacher that illegal Mexicans should be be shot after a fence is built on the southern border. Worrying about "terrible things" being said, Matthews fretted about possible violence: "Just kill 'em. Is that funny? Is that overstatement or do they actually mean it?"