Steve Kornacki, who will debut as a new MSNBC host on Monday, appeared on Hardball, Thursday, to smear conservative opposition to Eric Holder and Barack Obama as racist. Asked why some on the right oppose the attorney general, Kornacki derided the "caricature of Obama" as a "secret black radical" who is trying to "take away rights or...money from, you know, from white people."

Kornacki saw an "aspect of race and culture" to the conservative disdain. In a discussion of the Fast and Furious scandal, Kornacki simplified, "...You take, you know, prominent, you know, black lawyer and you put him in charge of the Obama Justice Department and I think that's, to you know, to people who sort of traffic in that sort of thing, you know, it really is kind of a lightening rod." [UPDATED with video below. MP3 audio here.]

Kornacki will be part of the team taking over for liberal Martin Bashir, who is moving to 4pm to replace Dylan Ratigan. Good to see MSNBC is replacing one leftist who smears conservatives with another.

A transcript of the exchange, which aired at 5:41pm EDT on June 21, can be found below:

MICHAEL SMERNCONISH: Steve, what drives the antipathy toward Eric Holder from the right? I mean, of all the cabinet members, I've noticed this and others have tracked it, it's Holder who is most perceived as the surrogate for Obama and who seems to incur the wrath of the harshest of criticism. 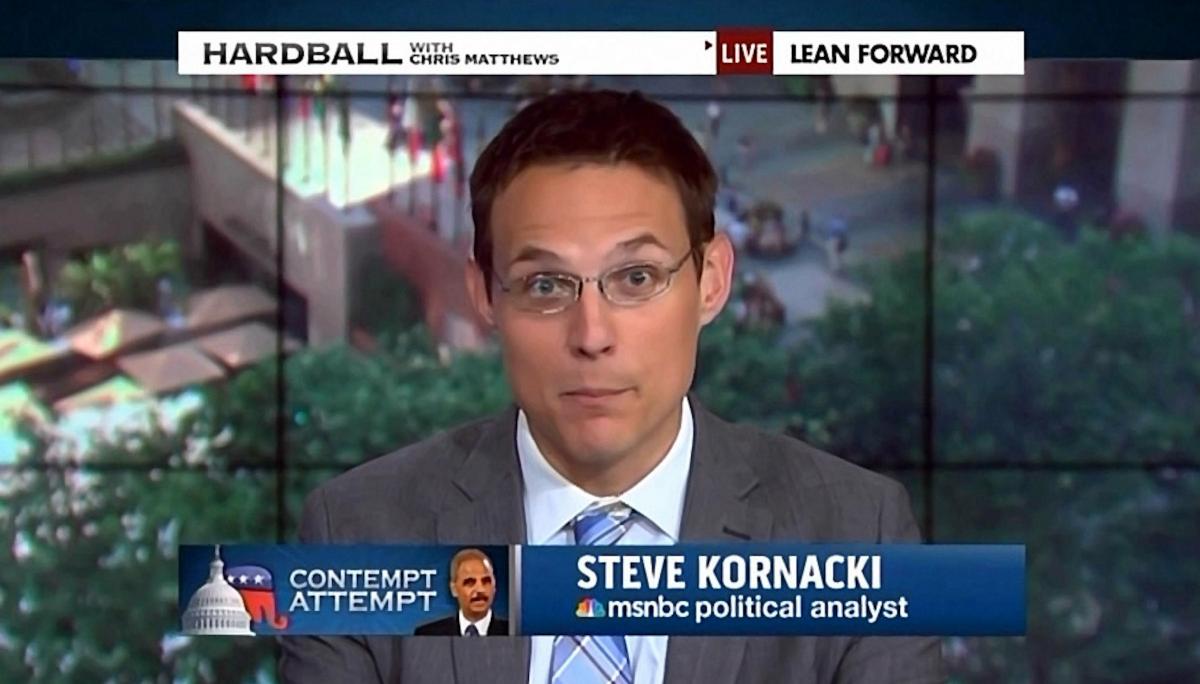