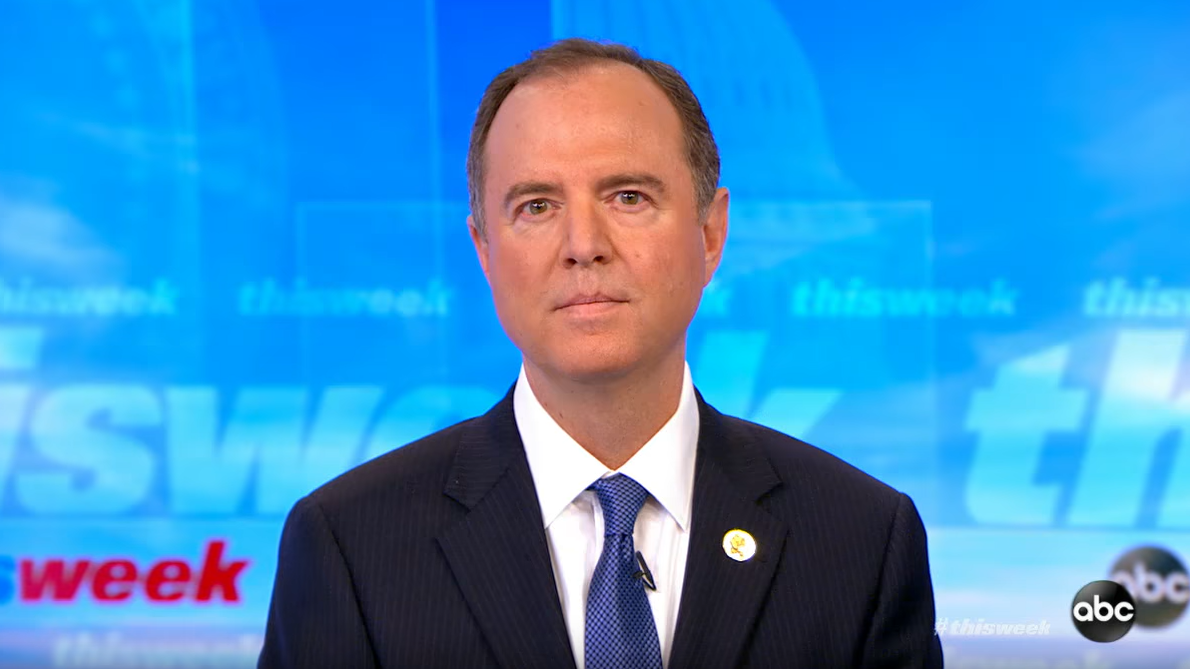 The Washington Post published an article Friday with the headline “Adam Schiff once wanted to be a screenwriter. Can he give the Trump presidency a Hollywood ending?”

In some ways, he’s become the chief storyteller of this drama-filled political moment. Schiff is the head of the House Intelligence Committee and leader of Democrats’ impeachment inquiry of President Trump. He’s in charge of calling witnesses, taking depositions and subpoenaing documents. More than that, it’s his job to stitch it all together into a believable, easy-to-follow narrative. Imagine the pitch meeting: It’s like The Manchurian Candidate, except the president has heel spurs. It’s The Godfather meets Borat .

Most of the piece was filled with left-wing talking points about the “blockbuster testimony” of diplomat William Taylor and painting Republicans concerned about Schiff’s behavior as conspiracy theorists.

Terris’s contempt for conservatives should not come as that much of a surprise. Back in September, he wrote a condescending article trashing Vice President Mike Pence and accusing him of living in a “parallel universe.”

Weighing in on Schiff’s attempt to make a fact-mangling “parody” of President Trump’s phone call with the Ukrainian head of state, Terris declared: “bad reviews notwithstanding, Schiff is going to have ample opportunities for a second act,” referring to the House Democrats voting to “hand the lead role in the impeachment inquiry to Schiff.” Terris also attempted to contrast the “blockbuster” of the Mueller report, which never grabbed viewers, with a lying president. "Trump has a different approach — telling the same stories over and over, without concern for fact over fiction, his rallies like cult-classic reruns to his devoted fans. They seem to rave over anything that pans Trump’s opponents."

Despite a lifetime ACU rating of 5 percent -- a fraction away from Maxine Waters -- Terris claimed “Schiff has long been known as something of a moderate within the Democratic caucus — he was on the slow side to call for the impeachment inquiry and in the past was known to work well with Republicans on his committees.”

Towards the end of the article, Terris strangely compared Schiff to Mister Rogers:

“I haven’t written a word since Trump became president,” Schiff said. Perhaps he’s made the transition from narrator to protagonist, a leading man — though his on-screen energy is more Mister Rogers than James Bond.

“I do have people tell me from time to time that they’re counting on me to save the republic,” he said. “And I always have the same response, which is, ‘Uh, no pressure there!’”

Terris tied the article together by revisiting the story discussed at the beginning of the piece about a screenplay Schiff wrote that caught the eye of notable Hollywood producer Nick Weschler. The end of the article suggested that “the congressman might have a future in pictures. Weschler says he’s become a ‘big fan’ of Schiff’s current work.” The article highlighted that Weschler claimed that he would “be receptive” if Schiff “were to approach him today about a project,” with Terris arguing “considering the material he’s working with, it might have to be a documentary.”

As an article in The Federalist pointed out, this syrupy Schiff profile was merely the capstone of an extremely embarrassing week for The Washington Post; which began with a pathetic headline on the death of Abu Bakr al-Baghdadi, describing the radical Islamic terrorist as an “austere religious scholar.” Terrorists have their sharp edges softened, while Trump is the central supervillain in the script. The Post is always acting as the journalistic crusaders of the #Resistance.

Help us fight back against the media’s impeachment crusade.