Debate Host ABC News Has Ignored Most 2020 Democrats This Year 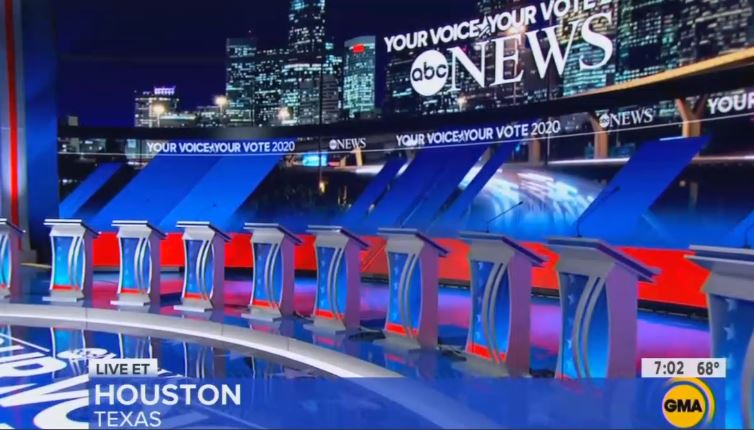 According to the Democratic National Committee’s rules, in order to make it onto tonight’s ABC News debate stage a presidential candidate had to receive at least two percent support in four qualifying polls, plus receive donations from at least 130,000 individual donors.

But to gain traction in the polls, and to generate the impression of viability that interests potential donors, most candidates need the media to give their campaigns enough news coverage so that they don’t appear to be a lost cause.

In the case of this year’s Democrats, the Media Research Center found debate host ABC’s evening newscast has awarded a majority of its news coverage to just one candidate: former Vice President Joe Biden. Meanwhile, a majority of the other candidates have received less than 60 seconds of airtime on World News Tonight, including four who’ve received absolutely no coverage at all.

The lion’s share (52.5%) has gone to Biden, while the rest of the debaters received 43.4 percent of ABC’s coverage. Only Yang managed to do that in the face of a near-blackout, garnering just a two-second mention on World News Tonight.

Ten other candidates (including four who have already quit the race) shared a meager five minutes of airtime (see chart), while four other candidates — Colorado Senator Michael Bennet, businessman Tom Steyer, former Congressman Joe Sestak, and Congressman Seth Moulton (who has since dropped out) have never been mentioned on ABC’s evening newscast this year. 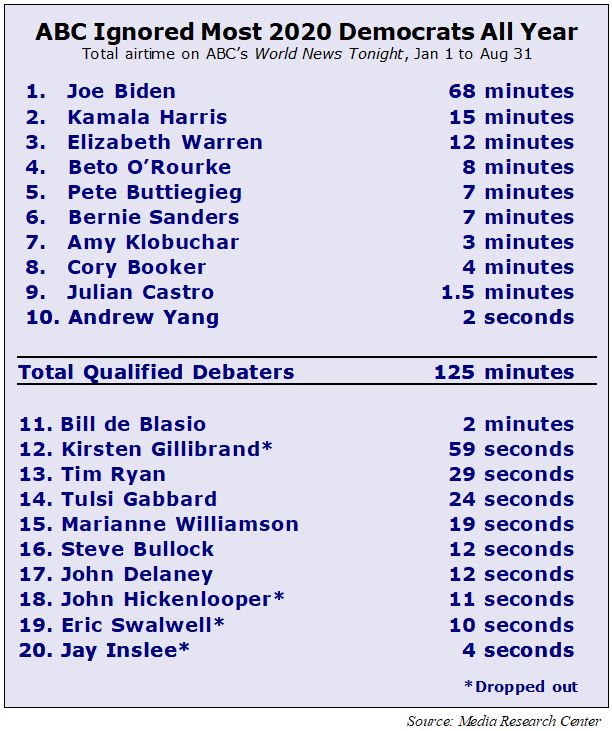 So, the question can be posed: Have the media already effectively winnowed the Democrats’ 2020 field before the voters ever had a chance make themselves heard?