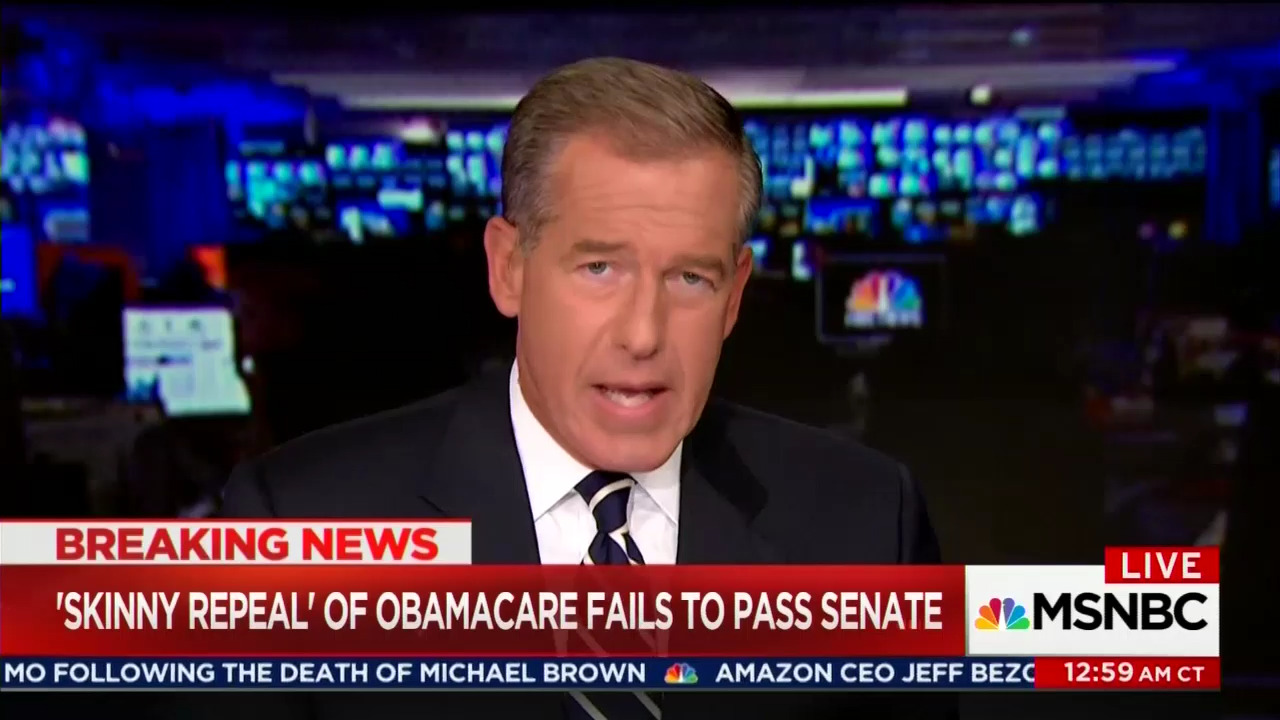 Wrapping up his coverage of Friday’s early morning Senate vote that at least temporarily scuttled GOP hopes for a repeal of ObamaCare, MSNBC anchor Brian Williams could not help but admire Senator John McCain’s decision to align himself with Democrats, calling him and two other GOP defectors a “profile in courage,” and he welcomed the vote against the Republican bill as “the people of this country... getting their voices heard.”

At about 1:59am ET on Friday, about 20 minutes after the 51-49 vote against the so-called “skinny repeal” bill was confirmed, Williams enthused: “Sometimes the people of this country have a funny way of getting their voices heard and injecting themselves into a debate, especially this one, which just threatened to go on without the advice and consent of the people who are both the boss and the customer under our system of democracy. The American people, the people  who put all 100 members of the U.S. Senate into that chamber to do the people’s business in Washington.”

Pivoting to his salute of McCain, Williams read an admiring tweet from Connecticut Senator Chris Murphy: “We’ll leave this hour quoting Senator Chris Murphy, Democrat of Connecticut, saying ‘I ran into John McCain as walked underground to the Senate for the final vote. Someday, I’ll get to tell my grandkids what he said to me.’”