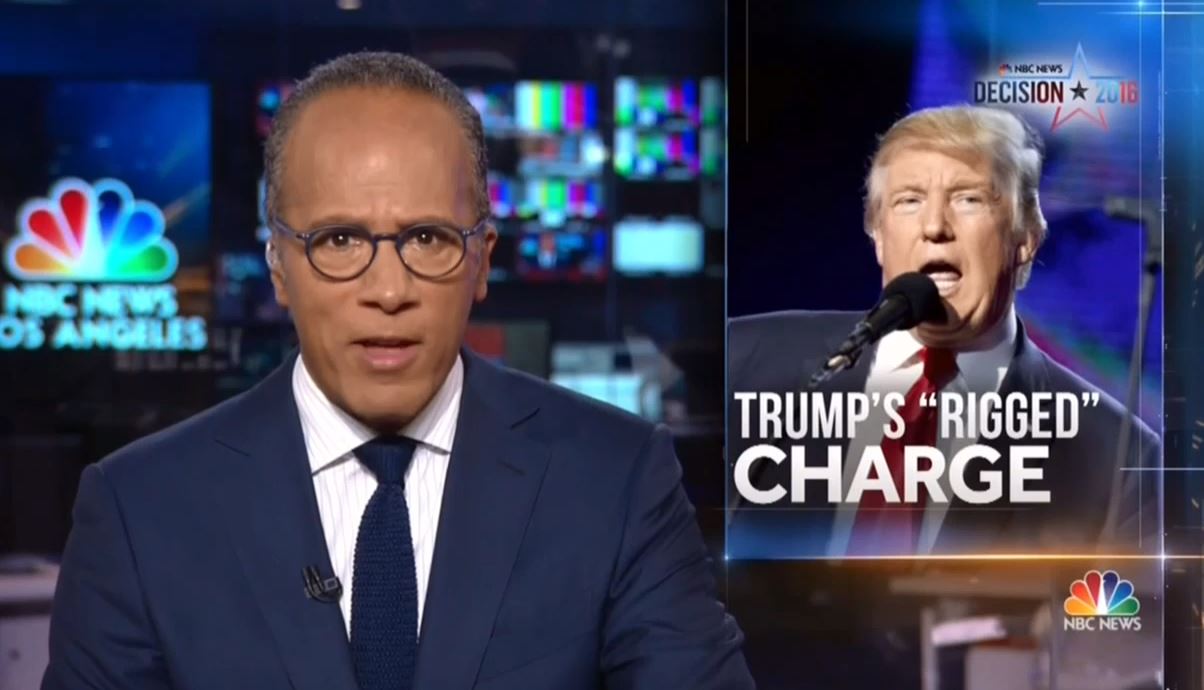 Moments later, correspondent Peter Alexander scolded that Trump was “pouring fuel on his incendiary allegation” for the offense of repeating the findings of a 2012 Pew study about how “24 million — one of every eight — voter registrations in the United States are no longer valid or are significantly inaccurate.”

But back in 2004, NBC’s cable network MSNBC was the leader in casting doubt on the legitimacy of an election outcome, as then-8pm host Keith Olbermann spent night after night venting loopy left-wing fantasies about how President George W. Bush had supposedly stolen the election from John Kerry.

The results in Ohio in 2004 were not close like they were in Florida four years earlier. The election-night gap between Bush and Gore that led to the prolonged Florida recount was a microscopic 537 votes; in Ohio, Bush beat Kerry by more than 100,000 votes.

Nevertheless, NBC permitted Olbermann to undermine the election results by suggesting either massive rigging of voting machines or massive malfunctions of voter machine — all to suggest that Bush hadn’t really won the election, even whining at one point: “Did John Kerry concede too soon?”

Eventually, the complaints led to a story on the NBC Nightly News, where anchor Tom Brokaw explained the conspiracy theories: “For most Americans, the presidential election ended last week when President Bush was declared the winner. But more than a few people are convinced that their votes didn’t count, that the results can’t be trusted.”

Here’s a flavor of Olbermann’s tin-foil hat anchoring from November 8 through 10, 2004:

“There is a small but blood curdling group of reports of voting irregularities and possible fraud — principally in Ohio and Florida.”
— Leading off the November 8 edition of MSNBC’s Countdown with Keith Olbermann.

“Is it your assessment that last Tuesday’s election was, to some degree, invalid, hacked, rigged, fixed, otherwise flawed, and what do you want done about the previous election as opposed to future elections?...Do you think that what happened, what evidence there has been of irregularities in Ohio and Florida, altered the outcome of the presidential election?”
— Questions to Democratic Representative John Conyers, November 8.

“Why is it that this is like the second large-scale report on this on a national level? Did every news organization give up on this story the moment John Kerry conceded the election?...We know no concession speech is binding legally, but did ultimately, did John Kerry concede too soon?”
— Questions to MSNBC pundit Craig Crawford, November 9.

“This election in Florida and Ohio from what you’ve done to examine both states and the voting returns, do you think there is enough evidence to justify legal action, recount, a contested election?”
— Question to law professor Jonathan Turley, November 9. 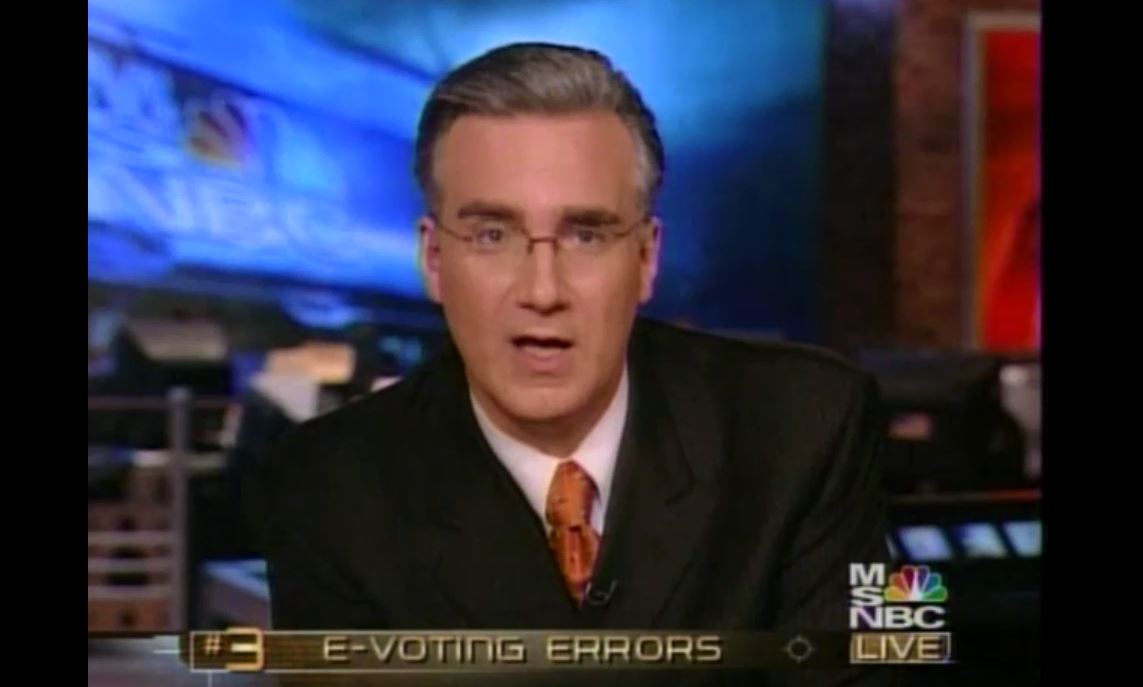 “I didn’t make that up about the static cling. One of the big glitches has been attributed to static electricity. Which of the overall explanations seems likelier to you? A combination of malfunction and misuse? Or deliberate hacking to alter the results?...It seems to me that a lot of the skepticism about the presidential results and other results in the election seems to boil down to this one question: Would it be easier to broadly fix the election electronically or to broadly fix the exit polling?”
— Questions to David Dill of the Verified Voting Foundation, November 10.

So, if NBC now thinks it’s “dangerous” for Trump to ask questions about the integrity of the election in advance, what did they think when MSNBC’s top host spent days questioning the legitimacy of an election that had already taken place — and, one where the outcome was clear to all but the most vitriolic Bush-haters?