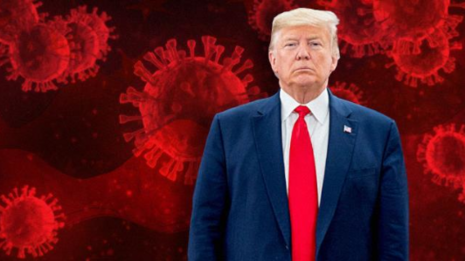 According to an article posted by Lydia O’Connor, a reporter for the liberal HuffPost website, the “rare political statement from a scientific journal” was the first such recommendation in the publication’s 208-year history.

Quoting information from the journal’s editorial, O’Connor declared: “November’s election will have life-or-death consequences for people across the country regardless of party alignment” since truth “is neither liberal nor conservative.”

In September, Scientific American editor Katie Helmouth explained that magazine’s endorsement, saying that people needed to “vote for health, science and Joe Biden for President.” This is the same person who, in 2014, trashed Ronald Reagan’s AIDS policy in the 1980s as "hateful, homophobic, racist.” If you want “smart policies,” vote Biden, she insisted.

Lancet Oncology also has endorsed Biden, ripping Trump for opposing ObamaCare. Journalists portraying all of this as simply just for “science,” is simply not accurate. It's politics.

Back to The New England Journal of Medicine. Their editors also stated:

Reasonable people will certainly disagree about the many political positions taken by candidates.

When it comes to the response to the largest public health crisis of our time, our current political leaders have demonstrated that they are dangerously incompetent.

As if that wasn’t harsh enough, they also noted: “We should not abet them and enable the deaths of thousands more Americans by allowing them to keep their jobs.”

Editor-in-Chief Dr. Eric Rubin stated that the item was collectively signed by every editor on the staff, all of whom agreed that the nation has had more than 500 coronavirus-related deaths per million people, “a shocking statistic compared to China’s reported three deaths per million.”

“It’s easy to trace the myriad ways the Trump administration went wrong,” the editors stated. “Our rules on social distancing have in many places been lackadaisical at best, with loosening of restrictions long before adequate disease control had been achieved.”

“The federal government has largely abandoned disease control to the states,” they continued, and governors “have varied in their responses, not so much by party as by competence” since they “do not have the tools that Washington controls.”

Meanwhile, the Centers for Disease Control and Prevention -- which the editors called “the world’s leading disease response organization” -- have been “eviscerated,” and the National Institutes of Health have played a pivotal role in developing vaccines but not in other crucial government decisions.