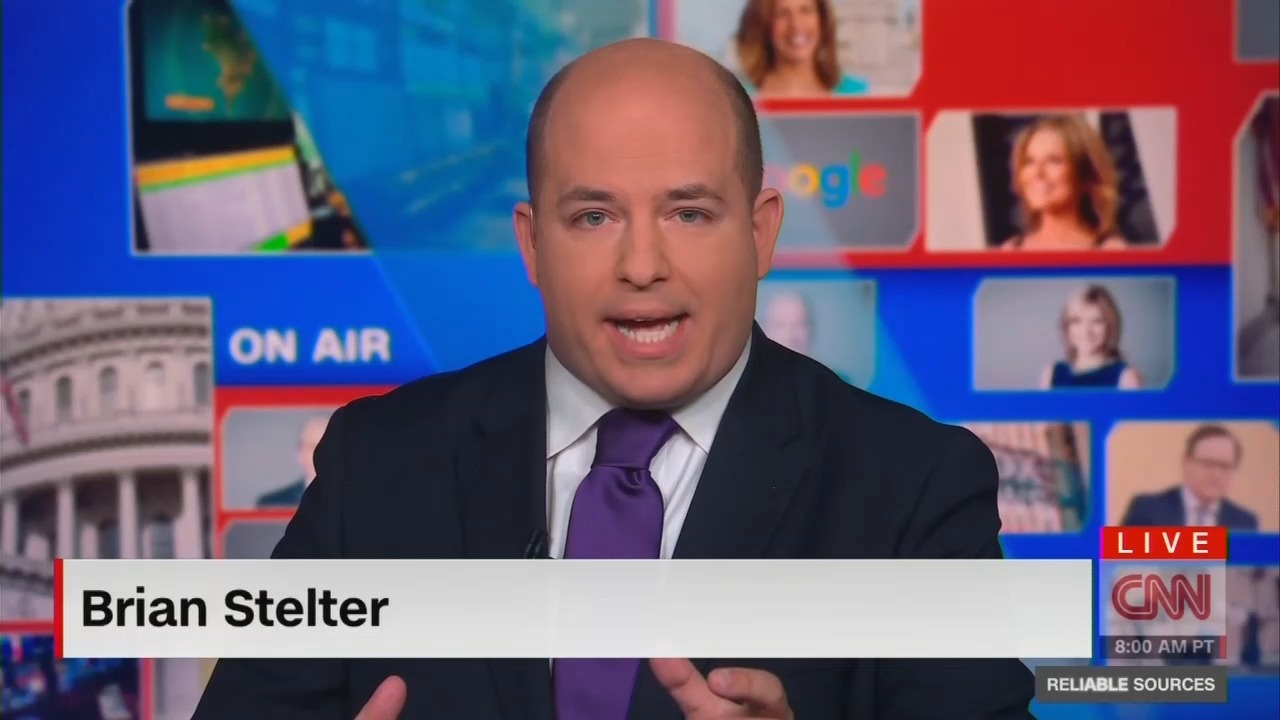 CNN has some very exciting news to tell you about CNN. According to a CNN poll, CNN is the "most trusted news source" on cable TV. Who better to trust than CNN when talking about how great CNN is?

In order to boost its prestige, the cable news channel had to conduct its own poll, which of course produced good numbers and a high percentage of “trust” among those surveyed.

According to an article posted on Thursday by Brandon Morse, a senior editor with the Redstate.com website:

CNN wants you to know that they took a poll, and according to that CNN poll, people trust CNN more than anyone

CNN is so proud of the fact that they decided to air the CNN poll on CNN, and then CNN host Brian Stelter tweeted it out because if anyone should report on how loved CNN is, it’s CNN.

Stelter bragged about CNN's findings on how it was doing, tweeting: 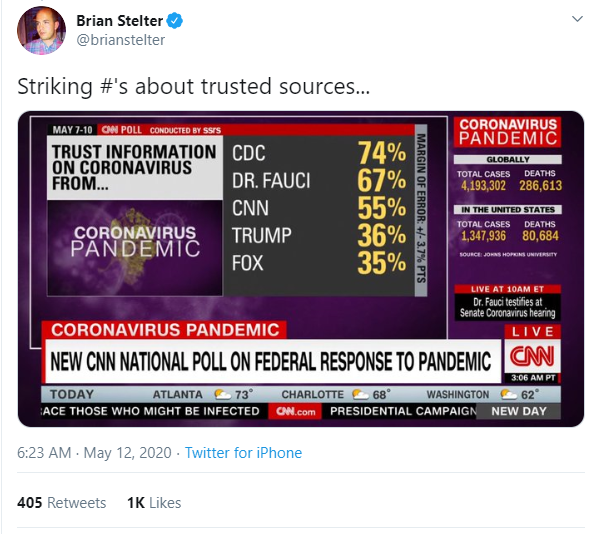 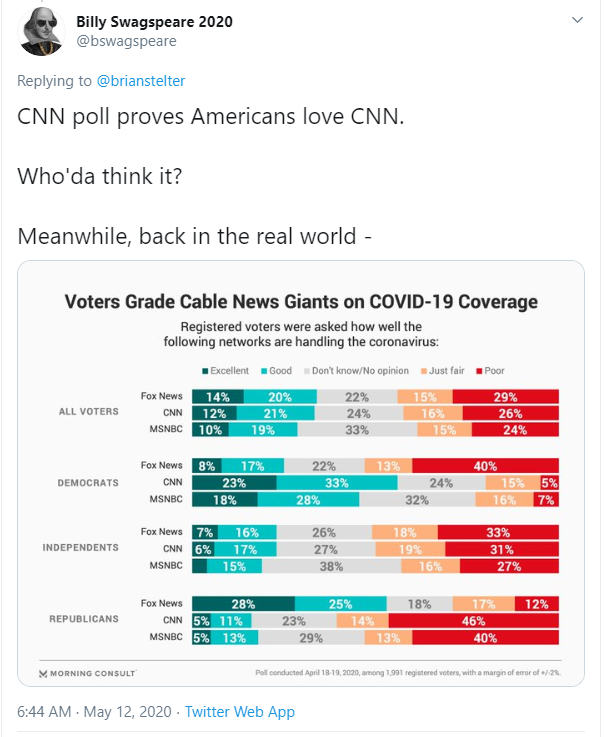 “Any and all claims should be taken with a grain of salt,” Morse stated, “because it’s pretty well understood that no one is going to speak ill of themselves, especially if there’s money on the line.” As if those findings weren’t ridiculous enough, he noted: “Hilariously, this seems to go over the heads of CNN.” Morse then stated: “It should be understood that when it comes to news sources, Fox News is more trusted than any other, as well as the most viewed.”

Meanwhile, CNN is “also the same network that attempted to sell the idea that host Chris Cuomo dramatically came out of quarantine after overcoming COVID-19.”

That happened despite the fact that the anchor of the weeknight Cuomo Prime Time program actually had gone outside previously to travel to his property in a different part of New York, where he got into an altercation with a man on a bicycle.

This is the same Cuomo who trashed Fox News "okay" with 10,000 more dead, saying:

The President traces and tests every damn day. And everyone around him has a mask on. Now, he doesn't because he wants to keep up the Fox farce, this BS that COVID-19's overrated. I guess the anti-elitists over there are okay with 10,000 more dead. These liars and race-baiters want you to think Fauci is not to be believed, that social distancing is about stealing your freedom.