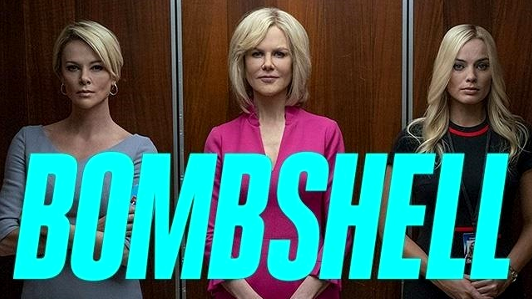 Since the Fox News Channel is dominating the cable TV market, it was inevitable that Hollywood would focus attention on the network and produce movies that show its negative side in the hope that liberals would flock to theaters to see them.

While that was apparently the motivation behind Bombshell -- a “docudrama” that deals with the sexual misconduct charges made by female employees that brought down former FNC head Roger Ailes -- the film has been a flop at the box office, dropping from 6th place to 9th during its second weekend in wide release.

According to an article posted on Thursday by Caleb Howe, an editor with the Mediaite website, the movie “has not been blowing up in theaters, finishing its second weekend in 9th place and having yet to earn in tickets what was spent in making it.”

Howe quoted the numbers from the Box Office Mojo site, which lists the two-week take as almost $16 million while costing $33 million to produce by director Jay Roach.

This underwhelming response came despite the fact that the film stars such well-known actresses as Charlize Theron and Nicole Kidman, who portray former anchors Megyn Kelly and Gretchen Carlson, as well as Margot Robbie, whose role is as producer Kayla Pospisil, a “composite character” based on several FNC employees.

However, Joe Concha, a media reporter for The Hill newspaper, noted that “the lack of appetite for the film shouldn’t be a surprise.” Concha also stated:

As we all know, the media in general is not very well liked in this polarized country these days. Morning Consult [a research firm] found that news outlets comprise 12 of the 15 most politically polarizing brands in the country out of more than 3,700 brands that the company tracks daily.

So it’s no shock when another polarizing entity -- Hollywood -- decides to put major money and resources into the same media story in Ailes, few people even raise an eyebrow at the prospect of actually watching it.

Howe added that “while the distaste for media or even Fox News fandom is almost certainly part of the story, it’s not the whole explanation for the lackluster performance.”

Howe concluded by stating that the film is “just not putting butts into seats” even though the news channel “is currently at the top of some of its highest ever ratings.”