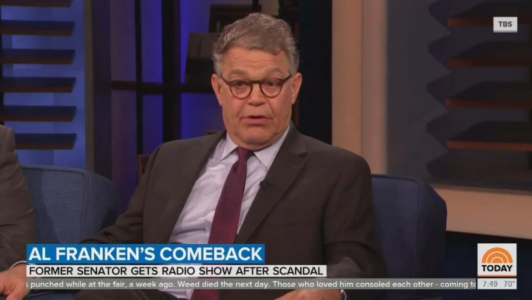 It’s been more than 18 months since Senator Al Franken stepped down from his seat in the Senate, but thoughts of a comeback ran into some turbulence on Monday.

That was when yet another woman accused the former comedian of inappropriate sexual behavior, the ninth to do so and the fourth to say that Franken “groped” her “ass.”

According to the cover story for New York Magazine this week, an unnamed woman claimed to have been groped by Franken in 2006.

“I was just out of college in my first job, working for U.S. Senator Patty Murray,” the woman stated while noting that Franken was a guest speaker at an event in 2006.

Several people posed for a photograph to commemorate the occasion. “Let’s take the picture,” Murray said, and then Franken “puts his hand on my ass.”

And I’m just frozen. It’s so violating. And then he gives me a little squeeze on my buttock, and I am bright red. I don’t say anything at the time, but I felt deeply, deeply uncomfortable.”

That encounter “created a moment of reflection” for her since she “was too scared to say anything.”

“Men, particularly those who have a lot of power … have access to my body in some way that is based on the hierarchy of the organization that we’re working in or society or whatever it is,” the woman added. 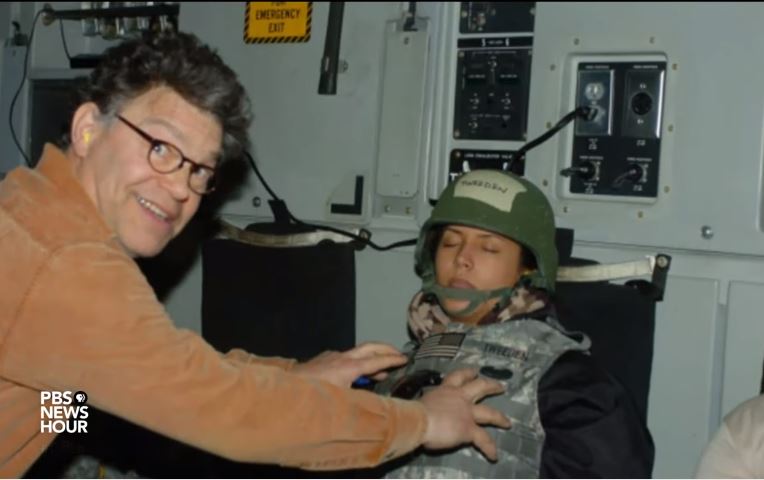 The article stated that the anonymous person “is the ninth woman to accuse Franken of inappropriate conduct, and the fourth to say Franken grabbed her butt.” “When I got a New York Times text alert on my phone about Franken and women, I burst into tears,” she noted. “I really considered adding my voice. When Murray called for him to resign, I felt very proud.”

“I ended up leaving the job,” the woman continued. “I learned that there is absolutely nothing I can do about it that will not hurt me more than it would hurt them.”

Of course, Franken responded to the magazine by stating:

Two years ago, I would have sworn that I’d never done anything to make anyone feel uncomfortable, but it’s clear that I must have been doing something.

As I’ve said before, I feel terrible that anyone came away from an interaction with me feeling bad.

In an article on the same topic, Charlie Nash of the Mediaite.com website noted: “[S]ome senators have since expressed regret over their support for his resignation; however, with Sen. Patrick Leahy (D-Vermont) describing his part in Franken’s downfall as ‘one of the biggest mistakes I’ve made.’”

Last year, television host Bill Maher also called for the return of Franken, claiming it “would be a great idea if Al Franken got back in the game.” “Are Democrats really going to permanently send away one of our ablest warriors for being a waist grabber?” Maher remarked before adding that “being touchy feely” is “part of the job.”

In July of 2019, liberal New Yorker journalist Jane Mayer offered a sympathetic look at the Democratic senator entitled “The Case of Al Franken.” The piece offered a mournful tone as Franken lamented:

Now sixty-eight, Franken is short and sturdily built, with bristly gray hair, tortoiseshell glasses, and a wide, froglike mouth from which he tends to talk out of one corner. Despite his current isolation, Franken is recognized nearly everywhere he goes, and he often gets stopped on the street. “I can’t go anywhere without people reminding me of this, usually with some version of ‘You shouldn’t have resigned,’ ” Franken said. He appreciates the support, but such comments torment him about his departure from the Senate. He tends to respond curtly, “Yup.”