Claim: SNL Hired Comic Who Made Racist Remarks in Effort to Attract ‘Conservatives’ 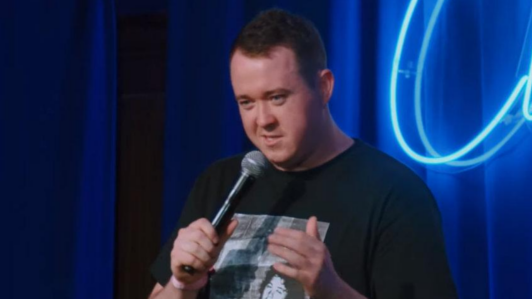 Variety magazine, the online and print entertainment publication, this week asserted that the reason Saturday Night Live hired a comedian who, it turns out, made racist remarks, was to appeal to conservatives. The September 17 story, by Joe Otterson and Michael Schneider, offered no quotes, just a claim from anonymous “sources.”

Saturday Night Live was looking to shake things up with the casting of Shane Gillis -- and it did, albeit unintentionally. According to sources, the long-running NBC comedy show and series mastermind Lorne Michaels were actively looking to cast a comedian for its new season who would appeal to more conservative viewers.

This was meant to counteract the appearance of a liberal bias on the show, given that it has seen a major resurgence in popularity in recent years with Alec Baldwin regularly portraying President Donald Trump.

Is this true or just an assumption by the liberals at Variety? There’s no on the record quotes confirming it — in the entire story. If it is accurate, it would just be a clumsy effort by a liberal show attempting to reclaim conservatives who have abandoned SNL.

Otterson and Schneider also stated: “Auditions for such performers usually consist of character bits and celebrity impressions. It is believed that Gillis, who has no credited onscreen acting experience, auditioned using a portion of his stand-up routine.

“But Gillis didn’t get in trouble for his stand-up,” the reporters noted. Instead, “his offensive language and racist comments came on his podcast, which isn’t a honed, developed routine.”

“Michaels took the weekend to gather information before making Gillis’s firing official on Monday,” Otterson and Schneider stated. “This was clearly a learning lesson and one that will lead to a much more extensive vetting process.”Gillis was one of three new cast members announced last week, but shortly thereafter, clips began circulating from his podcasts and other media in which he repeatedly used “racist, homophobic and misogynistic language.”

For example, one clip featured him discussing New York’s Chinatown, when Gillis said: “Let the f***ing ch*nks live there.” He later recalled a restaurant being “full of f***ing Chinee [sic].”

Despite what the liberals at either Variety or SNL think, that’s racism. Not conservatism.

In another video, Gillis used a discussion of the Battle of Gettysburg to refer to soldiers yelling as “so gay.” Later in the podcast, Gillis uses the words “retard” and “f*ggot,” and joked about “hot Southern boys” being raped during the Civil War, comparing it to “having gay sex in jail.”

One of the strongest reactions to the comedian’s situation came from Kareem Abdul-Jabbar, an NBA star who is now a columnist for The Hollywood Reporter website.

He justified edgy material, so long as it’s from liberals such as Sarah Silverman or the cast of Will and Grace.

His failure does not mean subjects now should be taboo or that we should not have comedy that offends. Ricky Gervais is able to make comical fun of religion, Atlanta has poignant and hysterical observations about race, Sarah Silverman is riotous about sexual politics, Will and Grace and Tig Notaro are hilarious about the LGBTQ community. All of them offend some people. But they don’t offend through deliberate, malicious attacks. Their humor brings the culture into sharper focus through intelligent and often barbed observations.

Obviously, Michaels and SNL have no vetting process whatsoever, or the liberals involved with the show have a very negative view of just what a “conservative” believes.