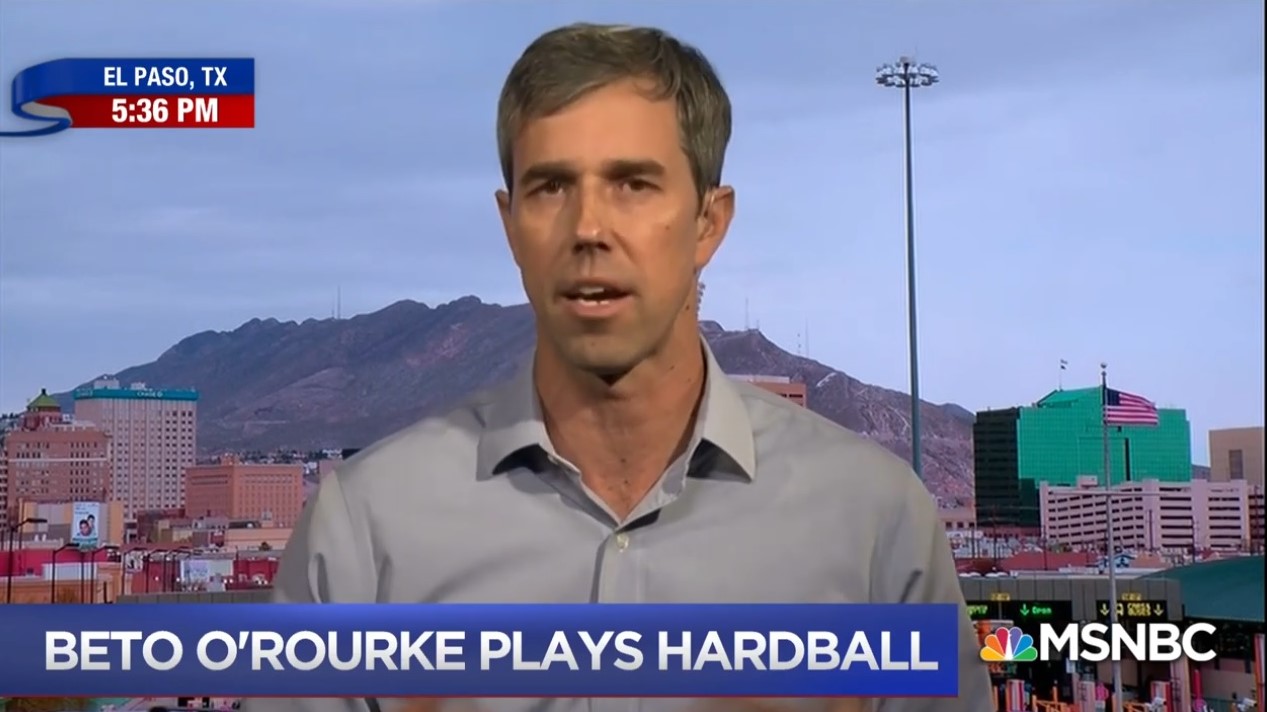 Even as the Democrats inveigh against President Trump's rudeness to media outlets, Beto O'Rourke's campaign ejected a prominent Breitbart senior editor from a campaign event at a "historically black college" in South Carolina on Tuesday. As if Beto doesn’t have enough to worry about as he craters in the polls, now he can't handle one non-cheerleader in his press entourage.

According to an article written for Politico by national political correspondent David Siders, the campaign acknowledged the following day that it had “booted” Pollak and criticized Breitbart News in the process.

National Press Secretary Aleigha Cavalier responded to the claim with a written statement:

Beto for America believes in the right to a free press and works hard to ensure the campaign reflects that. [Ahem.]

However, whether it’s dedicating an entire section of their website to “black crime,” inferring that immigrants are terrorists or using derogatory terms to refer to LGBTQ people, Breitbart News walks the line between being news and a perpetrator of hate speech.

Given this particular Breitbart employee’s previous hateful reporting and the sensitivity of the topics being discussed with students at a HBCU [Historically Black College or University], a campaign staffer made the call to ask him to leave to ensure that the students attending the event felt comfortable and safe while sharing their experiences as young people of color.”

Cavalier’s comments came after Pollak reported on Tuesday that he was “waiting for the event to start, together with roughly 200 students and college staff members. Other news outlets had set up cameras in the back of the room.”

He added: “Several minutes after the 3:00 p.m. event had been scheduled to begin, a staff member in a Beto O’Rourke T-shirt approached ... and asked what outlet I represented.”

Pollak also noted: “Upon reading the press credential on my chest, he put a hand on my shoulder and said cheerfully: 'Oh, hey. All right.'”

A few minutes later, before the event began, a campus police officer approached this reporter and motioned for me to accompany him to the back of the room, adding that I should bring any property I had with me. In the hallway outside, he informed me that I was to leave.

A different member of the O’Rourke campaign staff, who said his name was “Steven” and would not give a last name, said that I was being ejected because I had been “disruptive” at past events.

The staff member “threatened this reporter, saying that I could either leave voluntarily or be ‘officially uninvited’ from campus, suggesting arrest.”

Pollak also stated that O’Rourke “has styled himself as a champion of press freedom, tweeting last October: ‘The press is not the enemy of the people but the best defense against tyranny.’”

Pollak also noted that the incident “did not go unnoticed by mainstream reporters and media watchers. The Poynter Institute’s daily newsletter included a link to Pollak’s story, saying: “If the account is true, this is flat-out wrong and a really bad look for the Democratic hopeful’s campaign.”