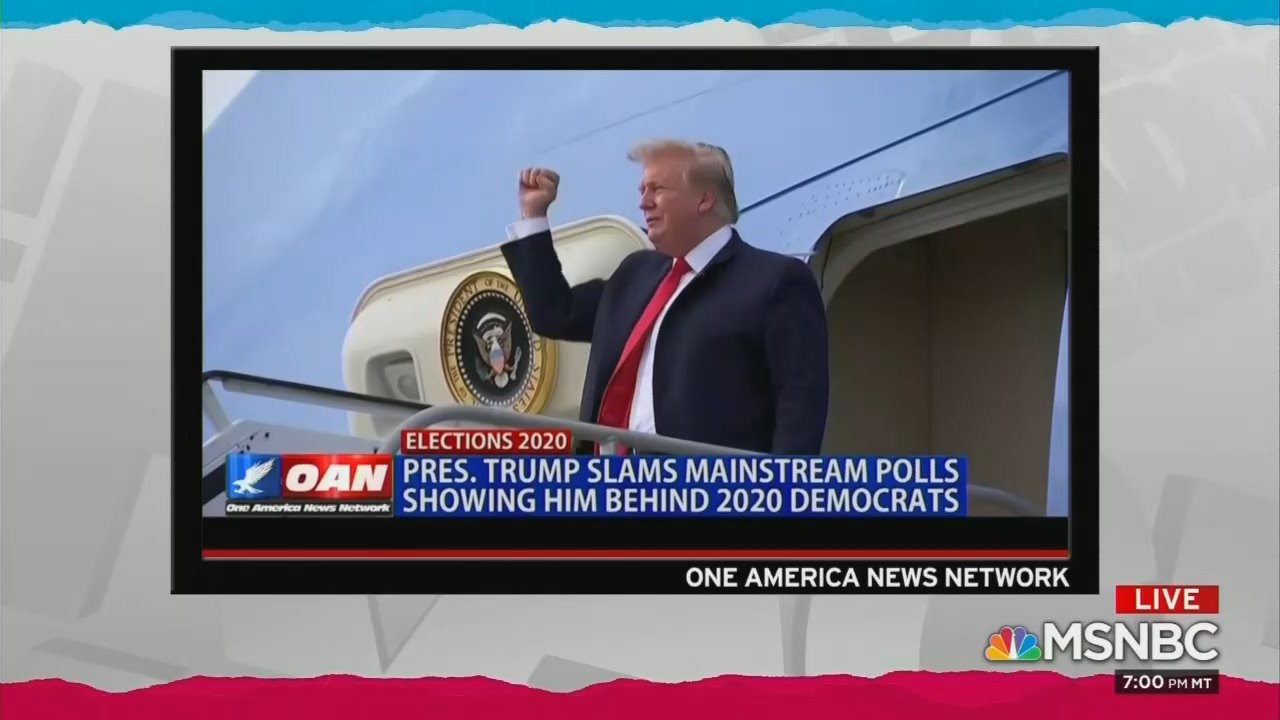 After more than two fruitless years accusing President Trump of collusion with Russia, some liberals apparently still consider that tactic a winning strategy -- when used to attack anyone even remotely connected to the Republican occupant of the White House.

One example of that is the claim from MSNBC’s Rachel Maddow and Kevin Poulsen of the liberal Daily Beast website since both have suggested the One America News Network -- which Trump has called his new favorite news outlet -- is a fountain of Russian propaganda.

OANN has demanded retractions from Maddow and the Daily Beast with angry letters from their law firm Miller Barondess. In an item posted on Monday by Daily Caller reporter Shelby Talcott:

Poulsen wrote an article [on July 22] stating OANN’s Kristian Rouz is a “Russian national on the payroll of the Kremlin’s official propaganda outlet, Sputnik.”

While Rouz has written economic articles for Sputnik as a freelancer, Talcott quoted a July 25 cease-and-desist letter as stating that Rouz “never had decision-making authority with respect to the content that is aired on OAN.”

That missive also stated: “His outside work for other media outlets has no relation to -- or bearing on -- his work for OAN.” Maddow was spiking the football in the end zone:

MADDOW: If the FOX News Channel is insufficient pro-Trump for you, you may or may not know that there is another boutique little news outlet that is designed specifically for Trump mega fans. It`s called One America -- One America News Network...perhaps the single most perfectly formed story of the day, the single most like sparkly story of the entire day is this scoop from reporter Kevin Poulsen at The Daily Beast, who has sussed out that Trump's favorite more-Trumpier-than-Fox TV network, the one that the president has been promoting and telling everyone they should watch and is better than Fox, turns out that network has a full-time on-air reporter who covers U.S. politics who is simultaneously on the payroll of the Kremlin.

She kept repeating it, with delight: "Among the giblets the news gods dropped off their plates for us to eat off the floor today is the actual news that this super-right-wing news outlet that the president has repeatedly endorsed as a preferable alternative to Fox News, because he thinks Fox is insufficiently pro-Trump, so now he likes this is other outlet better. We literally learned today that that outlet the president is promoting shares staff with the Kremlin.

Let's guess that before he died, Rachel Maddow didn't devote a segment to her old colleague Ed Schultz being on the Kremlin payroll at the RT network (not to mention Larry King). It's all about mocking Trump and any media outlet he likes.

OANN took exception to Poulsen of the Daily Beast using what the Left used to call "red-baiting."

“This completes the merger between Russian state-sponsored propaganda and American conservative media,” said former FBI agent Clint Watts, a research fellow at the Foreign Policy Research Institute. “We used to think of it as ‘They just have the same views’ or ‘They use the same story leads.’ But now they have the same personnel.”

OANN's letter to MSNBC threw in what Maddow left out about Kevin Poulsen:

Kevin Poulsen, also known as “Dark Dante”—the first computer hacker ever to be charged with espionage against the United States government. Rather than face the charges against him, Poulsen spent 17 months as a fugitive from the law before being arrested in 1991. In 1995, Mr. Poulsen pleaded guilty to seven counts of conspiracy, fraud, and intercepting wire communications. He received the longest sentence ever for a computer hacker at that time. United States law enforcement has referred to him as “the Hannibal Lecter of computer crime.”

So this is the "national security correspondent" for the Daily Beast. And they lecture about propaganda from undesirable individuals.