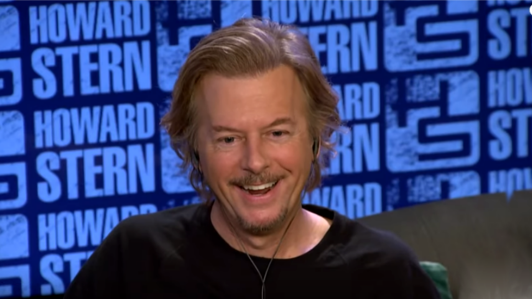 If you gave up watching late-night talk shows because you grew weary of the constant and harsh criticism those programs deliver about President Trump on a regular basis, here is some news that just might bring you back to cable TV.

Comedian and sitcom actor David Spade is joining the battle for weeknight viewers with a new program entitled Lights Out beginning Monday night on Comedy Central in which he and his guests will “focus more on cultural events and some Hollywood stuff, weird stories in the news” and far less on the Republican occupant of the White House.

I don’t want half the crowd tuning me out. … I’m just not that smart, and there are other guys doing it better.

I still like to make fun of everyone and what they are doing, but it’s more good-natured. … But when people do things, I think it’s fair game to make a few jokes, and then you move on -- not too personal, of course.

While the 11:30 p.m. program will still feature a monologue, guests and field reports, the former star of Saturday Night Live will focus more on talking with a panel about popular culture and digital happenings.

Of course, the change bucks the political trend established by such other programs as Stephen Colbert’s Late Show on CBS, ABC’s Jimmy Kimmel Live! and NBC’s Tonight Show hosted by Jimmy Fallon.

“We started realizing that there was such a glut of politics and vitriol -- ‘Trump fatigue’ in particular,” Kent Alterman,  president of Comedy Central, Paramount Network and TV Land told Variety. “We kind of felt it intuitively, and we did research with our audience. People are just burning out on hard-core politics and Trump.”

“Spade may seem a traditional choice,” Steinberg added. “But relying on one of modern comedy’s best-known players, however, Comedy Central is breaking the rules, not hewing to them.”

The Variety editor also noted that “Comedy Central has long relied on upstart talent to lead its late-night entries, but Alterman says Spade’s veteran status” will instead be an advantage.

“He can bring in guests who have worked with him in the past and also may have more leeway to discuss a broader range of topics each night,” the executive added. “He has worked in so many ways, from stand-up to sketch to acting.”

The new late-night slate means that for the first time since the debut of The Colbert Report in 2005, the Viacom-owned cable network will not have an 11:30 program built around talent from its flagship The Daily Show.

But will Lights Out help Comedy Central regain its ratings in the face of the liberal late-night juggernaut? Only time -- and NewsBusters -- will tell.