When liberals mention President Trump, it’s usually to blame him for everything that ever goes wrong in the country, ranging from so-called climate change to colluding with Russia during the 2016 election. 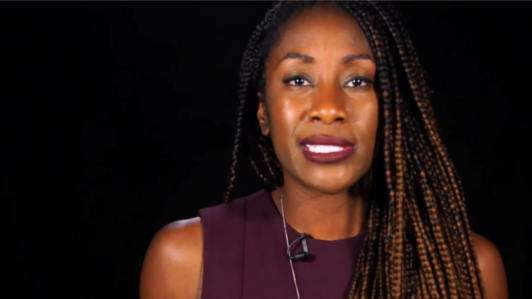 However, that wasn’t the case on Sunday, when Karen Attiah -- global opinions editor for the left-wing Washington Post -- instead attacked what she called the “axis of shevil,” which included House Speaker Nancy Pelosi and New York Times columnist Maureen Dowd, for the President’s comments about controversial Democrat Reps. Alexandria Ocasio-Cortez and Rashida Tlaib.

The article on The Right Scoop website posted by blogger Soopermexican noted that “the liberal left implosion continues.”

The first salvo in this war of words was fired on Sunday, when the President tweeted:

So interesting to see “Progressive” Democrat Congresswomen, who originally came from countries whose governments are a complete and total catastrophe, the worst, most corrupt and inept anywhere in the world (if they even have a functioning government at all), now loudly ... and viciously telling the people of the United States, the greatest and most powerful [n]ation on earth, how our government is to be run.

Why don’t they go back and help fix the totally broken and crime-infested places from which they came? Then come back and show us how … it is done.

“These places need your help badly,” Trump continued, and “you can’t leave fast enough. I’m sure that Nancy Pelosi would be very happy to quickly work out free travel arrangements!”

It wasn’t long before Attiah responded with hostile words that are usually reserved for the President and his fellow Republicans.

“Make no mistake,” the editor stated: “Nancy Pelosi’s dogwhistling snipes at @AOC (from New York), (Minnesotan) lhan Omar, @RashidaTlaib (of Michigan) and @RepPressley (from Massachusetts) helped pave the way for this vicious, racist attack from the president.”

“DOG-WHISTLES!!!” The Right Scoop responded to a term often used by people who accuse the President of doing when speaking to conservatives. “LOL!!!”

Of course, the Ghanaian-American wasn’t anywhere near being out of venom.

“See how quickly we have moved from two powerful white women, @maureendowd and @SpeakerPelosi, helping each other to attack women of color over a nice box of chocolates … to the president telling them to leave the country.”

“She’s right,” Soopermexican mused. “Pelosi is a huge racist, and she should step down now.”

The Texas native also listed the people she considers part of “the newly formed axis of shevil,” including Dowd, Pelosi and, not surprisingly, Trump. "What people need to see in this newly formed @maureendowd /@SpeakerPelosi / @realDonaldTrump axis of shevil is that white supremacy relies on dismissing, silencing, and undermining women of color. Putting them in their place by any means necessary."

The “axis of shevil” remark also drew a comment from The Right Scoop: “God bless these morons. They’re so entertaining.”