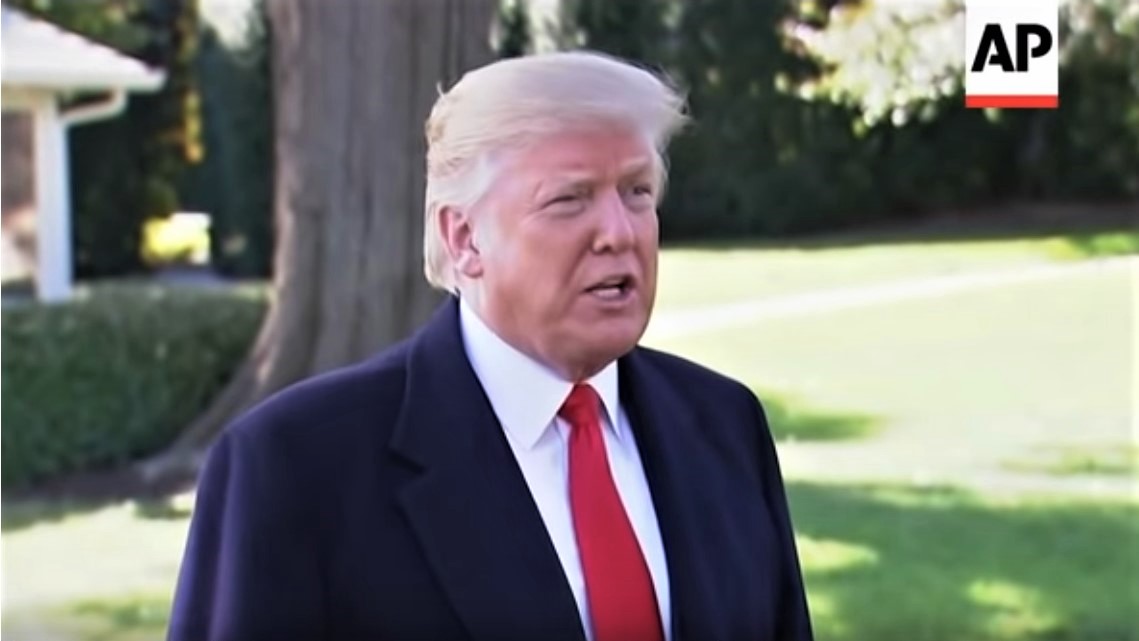 When does the Associated Press consider an opinion piece on immigration to be straight news?

According to an article posted on Tuesday morning, it’s apparently whenever it provides a chance to attack President Trump as “making another hardline immigration play” and "fearmongering over immigration" to win votes.

President Donald Trump is making another hardline immigration play in the final days before the midterm elections, declaring that he wants to order an end to the constitutional right to citizenship for babies born in the United States to non-citizens. Most scholars think he can’t implement such a change unilaterally.

With seven days to go before high-stakes elections that he has sought to focus on fearmongering over immigration, Trump made the comments to Axios on HBO. Trump, seeking to energize his supporters and help Republicans keep control of Congress, has stoked anxiety about a caravan of Central American migrants making its way to the U.S.-Mexico border.

Do liberals ever "fearmonger"? About too many guns? About global warming? About....Trump? AP wouldn't use the word for that.

In the final days before the Nov. 6 midterms, Trump has emphasized immigration as he seeks to counter Democratic enthusiasm.

Trump, seeking to energize his supporters and help Republicans keep control of Congress, has stoked anxiety about a caravan of Central American migrants making its way to the U.S.-Mexico border.

In an attempt to provide some background for the article, the reporters noted: “Trump has long called for an end to birthright citizenship, as have many conservatives.”

However, “[a]n executive order would spark an uphill legal battle for Trump about whether the President has the unilateral ability to declare that children born in the U.S. to those living here illegally aren’t citizens.”

Kellman and Lucey then came very close to repeating their previous claim: “Most scholars think he can’t.”

Of course, the AP reporters used quotes from the president only as opportunities to counter every statement he’d made.

Next up, the reporters quoted an anonymous source for their information:

A person familiar with the internal White House debate said the topic of birthright citizenship had come up inside the West Wing at various times over at least the last year, but has some internal detractors.

White House lawyers have debated the topic, [which is] one of many immigration changes being discussed including asylum law changes and barring the migrant caravan from entering the country.

However, anonymous administration officials told the reporters that “there would likely be no decisions until after the midterms due in part to the President’s trip to Pittsburgh Tuesday to meet with victims of the deadly synagogue shooting.”

Kellman and Lucey turned to legal experts for comment on the proposal, inclusing Omar Jadwat, director of the Immigrants’ Rights Project at the liberal American Civil Liberties Union.

“If you are born in the United States, you’re a citizen,” Jadwat said, adding that it was “outrageous” that the president thinks he can override constitutional guarantees by issuing an executive order.

The reporters concluded by quoting Sen. Lindsey Graham of South Carolina, who they described as “now a close ally of the president” and has tweeted his support for the change.

“This policy is a magnet for illegal immigration, out of the mainstream of the developed world, and needs to come to an end,” Graham noted.

Obviously, the closer we get to the midterms, the more likely it becomes that liberals in the “mainstream media” will show their true colors. It will be interesting to see how these “analysts” respond to the results of that election.