Scandal-Ridden Brian Ross: ‘Back and Ready to Cover Trump Again’ 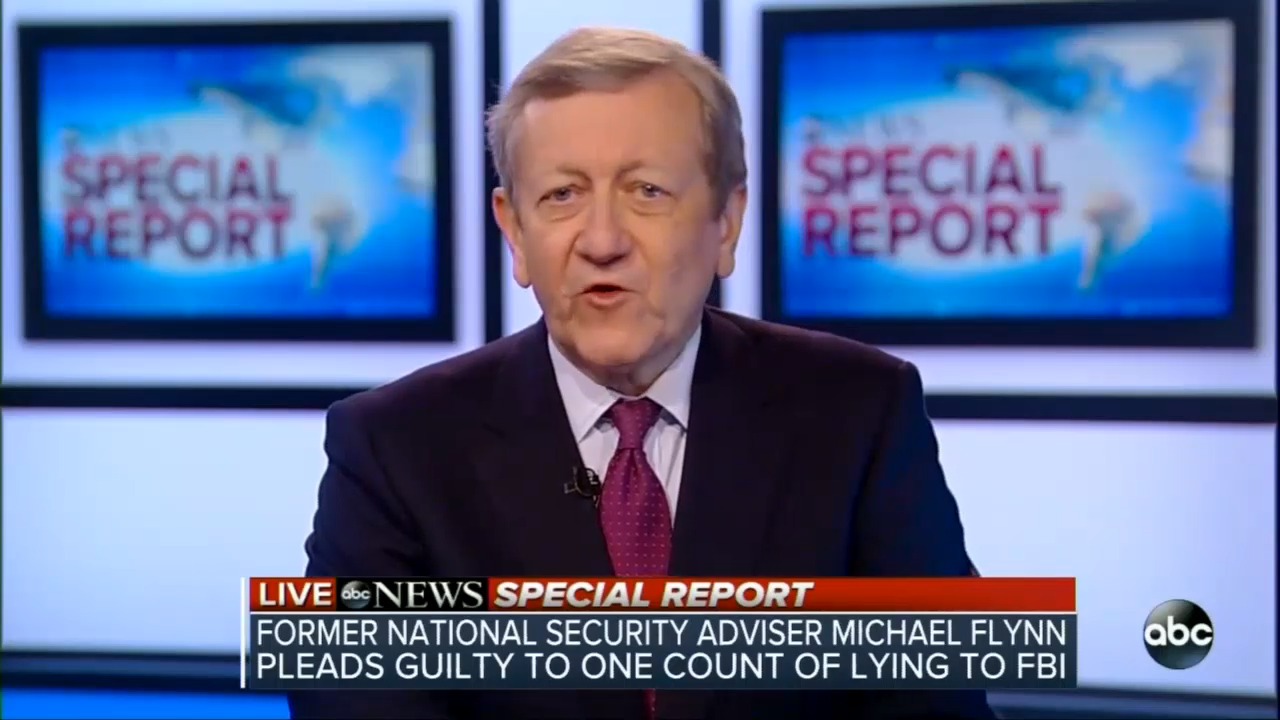 Two months after investigative reporter Brian Ross and long-time producing partner Rhonda Schwartz resigned from ABC News, an editor with the liberal Daily Beast website has claimed that even though Ross made an “erroneous assertion about the president,” he’s “still employable.”

Regarding his new work for the Law & Order streaming website, Ross stated: “We get feedback right away, good and bad, and the bosses pay attention to it, as they should.”

“But this sense that something goes wrong, you correct it, you go on -- now it’s a death sentence from the point of view of the president. His attacks on the media are going to have, and are having, a chilling effect.”

In an article written by Lloyd Grove, the editor at large of that liberal site, stated:

For Ross  -- who has been at it for nearly five decades, earning every conceivable broadcast journalism prize while making his share of mistakes and occasionally drawing the ire of presidents of the United States, corporate bigwigs and even his own bosses -- such brickbats constitute just another day at the office.

Much to the displeasure of Donald Trump-friendly media outlets. ... Predictions that his career was over turned out to be wrong.

As NewsBusters previously reported, Ross’s departure came after his inaccurate reporting during “a live special that President Donald Trump directed former national security adviser Michael Flynn to reach out to Russians during the 2016 campaign.”

That false incident concluded his 24-year stint as the face of ABC News’ investigative arm, where he covered everything from wars to presidents to corporate scandals, Grove added.

Grove added that the investigative reporter “has, by most accounts, a thick skin, and takes perverse pride in pissing powerful people off.”

However, Ross has found that “practicing television journalism in the Age of Trump can leave long-lasting scars,” Grove noted.

“Frankly, it was sort of amazing,” Ross told the Daily Beast “about his time in the cross-hairs last December, after ABC News President James Goldston suspended him for four weeks without pay and barred him from covering anything Trump-related."

“It was quite an experience, unlike any I’d ever had,” Ross noted.

“Amid the ensuing hysteria,” the editor iat large added, “the stock market plunged 350 points before Mueller’s team released charging documents showing that Flynn was ready to say no such thing.”

“Ross had relied on a single uncorroborated source in Flynn’s circle without subjecting the information to the normal ABC News vetting process,” Grove noted.

“Living every reporter’s nightmare,” the editor stated, Ross “had frantically tried and failed to reach his source over a period of several hours.”

“He was unavailable,” the reporter said. “He had been in the office that morning … and he actually had to go to his daughter’s piano recital or something. It was some crazy thing. And it was late in the day” when the source finally came to the phone.

Not surprisingly, Ross said he’ll never use that source again even though “I never promised him confidentiality.”

Ultimately, ABC yielded to its critics and characterized the cleanup as a correction -- which did nothing to stop a hurricane of condemnation from Trump and his followers.

Ross added: “I’ve had presidents angry at me, and they’ve complained sort of privately to bosses before about my reporting, but this was a whole different world. I sort of felt like I had been put on a kind of enemies list.”

Schwartz and Ross quickly found a new home in the Law & Crime streaming cable channel, which media entrepreneur Dan Abrams has begun as a video startup that boasts financial backing from the A&E Network.

However, Grove indicated that in his new job, “Ross is no longer prevented from covering all things Trump." Given Ross's record of errors and misfires, the president certanly has bigger things on his mind.