If you smoke cigarettes or use other tobacco products anywhere in the world, you may soon have to pay an extra international tax of up to 70 percent in a plan intended to force smokers to give up the habit.

At least, that was the proposal the World Health Organization -- the medical policy arm of the United Nations -- was slated to discuss during a hearing in Seoul, South Korea, before the agency removed members of the press and people from the general public on Tuesday. 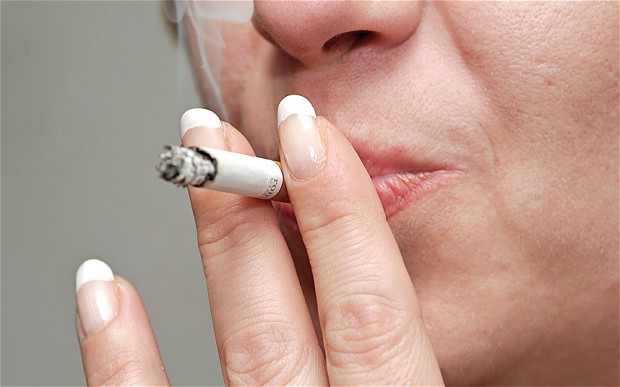 According to Drew Johnson, a "waste hunter" with the Newsmax website, the agency's Framework Convention on Tobacco Control began its biennial gathering Monday "on a high note by ratifying an agreement to combat smuggled and pirated tobacco products."

However, that goodwill quickly evaporated the following day, when delegates of the conference's member nations chose to meet behind closed doors for a discussion about raising taxes to reduce smoking.

As the session got underway, the chairwoman expressed concern that there was a "large presence" of tobacco growers and industry representatives in the public gallery.

"That would be unsurprising since the discussion has a significant impact on the livelihood of the tens of millions of people employed by tobacco farming and production," stated Johnson, who noted that "the decision to block people who make a living off tobacco from WHO discussions is nothing new."

Tobacco growers and the tobacco industry are not allowed in the convention, cannot have a voice about tobacco regulations invented and implemented by the WHO and have been constantly vilified during the first two days of the convention.

Instead, people representing tobacco-related businesses can only attend the sessions by waiting in line each day for a limited number of public passes, which allow them only to observe and not participate in the meeting.

Johnson added that attempting to cover this meeting was "frustrating" and "raises some serious questions about an organization that for years has operated largely behind the scenes and without the benefit of much public scrutiny."

When is the media more necessary than when an unaccountable, shadowy organization that devours millions of tax dollars each year from people across the world debates getting in the business of issuing global taxes?

The reporter then listed a number of discussion topics that the agency's member nations might not want to be discussed in the open by the press.

For example, the representative from the Pacific island nation of Palau encouraged the agency to also "consider an international tax scheme for candy, sodas and even alcohol," Johnson noted. "Shockingly, a number of member countries expressed their support of that frightening idea."

When a representative of the Ukraine expressed concern that tobacco regulations may compromise the independence of individual nations, and a Cuban official encouraged the convention attendees to be mindful of the many hard-working farmers whose lives depend on tobacco, they were met with rolled eyes and scornful looks.

The agency's efforts to silence the press are "particularly chilling" since, while  WHO is "busy booting the media from its own meetings," its parent organization, the UN, claims to fight to advance "free, independent and pluralistic media" across the world, the reporter stated.

"Apparently, UN and WHO leaders believe in media rights in all cases except when the media covers them," he stated.

For its part, the UN agency states that the "global tobacco epidemic" kills "nearly six million people each year; 600,000 of these are people exposed to second-hand smoke."

While the United States is one of only 18 nations that has not signed on to be a member of the Framework Convention on Tobacco Control, David Williams, president of the Taxpayer Protection Alliance, sees a grim future if the proposal is approved.

First, we had doctors without borders. Now you could have taxes without borders. ... This is a new frontier in taxes. If they're successful with this, consumers and taxpayers should be concerned about what's coming down the pipe.

On Tuesday, "the United Nations gave Americans yet another reason not to trust their tax dollars, policy decisions or military forces with the increasingly outlandish international organization," Johnson added. The new "outrageous attack on the principles of a free press should be further proof to Americans that we should stay far away from this tyrannical international government body."