On Wednesday’s edition of New Day, much of the CNN morning show’s coverage revolved around Tuesday’s special congressional election in Ohio, which the cable channel claimed was still too close to call. The chyron read: “OHIO REPUBLICAN LEADS, RACE TOO CLOSE TOO CALL.” 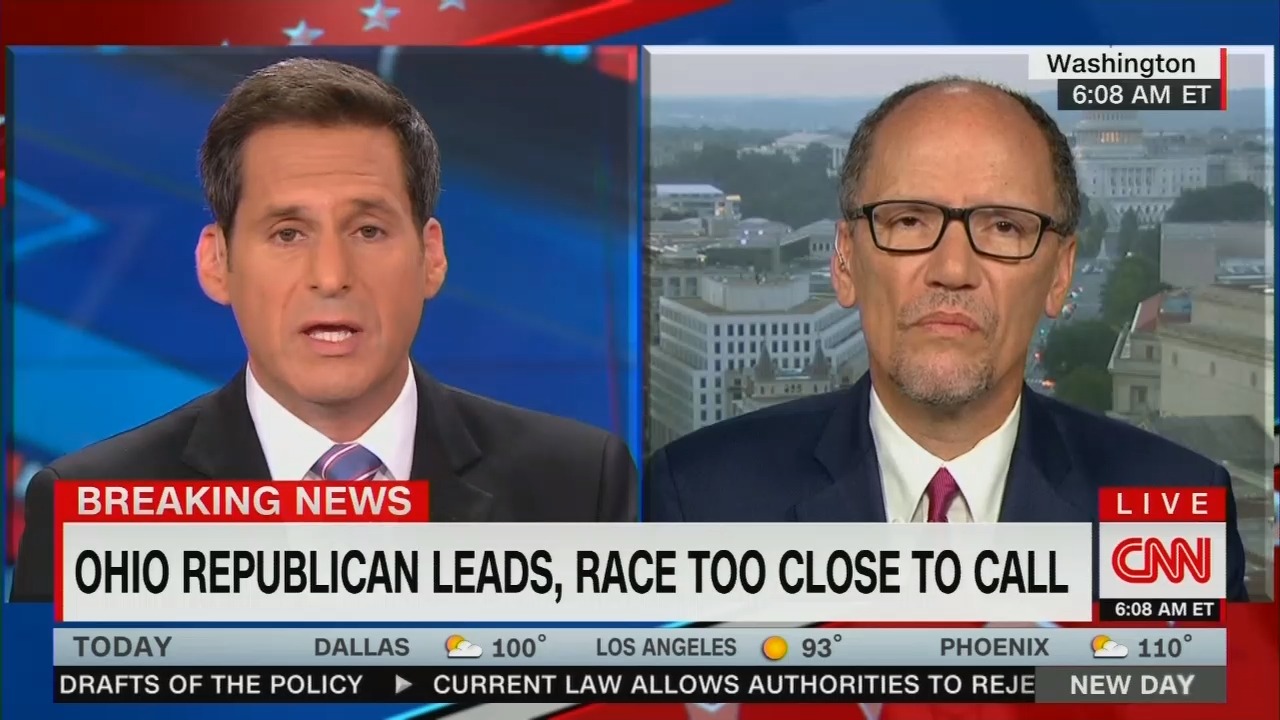 This was because the Republican candidate, Troy Balderson, was only 1,754 votes ahead at the time of the broadcast, with around 8,000 absentee ballots to count. However, CNN took a different approach with its headlines when a recent close race favored the Democrats.

Back in March, of this year there was a similar congressional special election in Pennsylvania. In that race, the Democratic candidate, Conor Lamb, won by only 627 votes, a much smaller margin than Tuesday’s election. Instead of calling the race “too close to call,” the New Day chyron read: “DEMOCRAT CONOR LAMB DECLARES VICTORY IN PA HOUSE RACE” 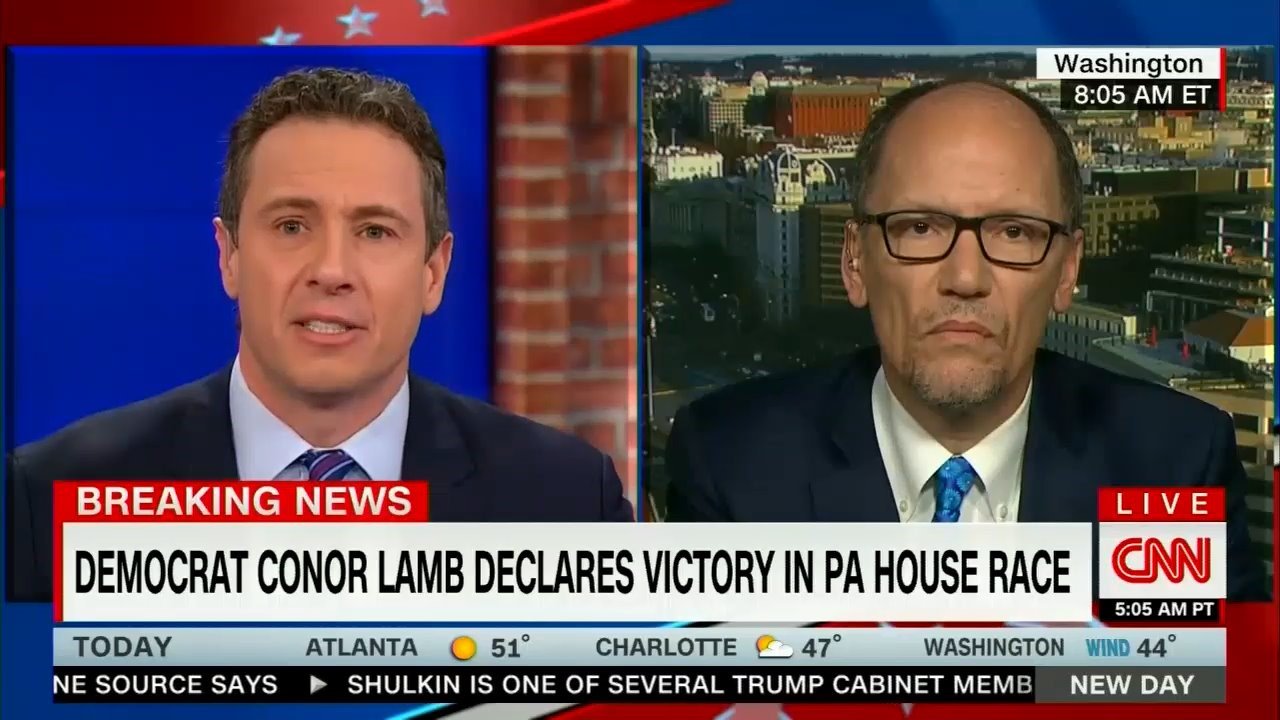 It is important to note that the March 14th election had fewer votes left to count (around 500). Yet, Balderson declared victory last night just as Lamb did in March. CNN clearly demonstrated that it gives favorable headlines to Democrats over Republicans in similar situations.