Monica Crowley Smacks Down Eleanor Clift Over GOP Being 'Extreme' 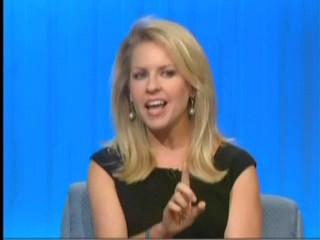 Conservative commentator Monica Crowley and Newsweek's Eleanor Clift got into another heated debate on PBS's "McLaughlin Group" this weekend.

This time, the perilously liberal Clift claimed policy proposals set forth in the Republican "Pledge to America" were "extreme."

"They should have just stood aside and let [the upcoming elections] be a referendum on the Democrats," claimed Clift.

"This election is a referendum on progressivism," countered Crowley. "What Eleanor refers to as extreme politics, as extreme policies in the Pledge, we are talking about cutting taxes, limiting government, cutting the deficit."

This angered Clift who screeched, "Don't misquote me" (video follows with transcript and commentary):

PAT BUCHANAN: This is not a pro-GOP election at all. Of course, that's out at Madison, Wisconsin.

JOHN MCLAUGHLIN, HOST: What do you mean by that?

BUCHANAN: What I mean is people are voting against. They are coming out to vote against Obama...

BUCHANAN: ...Pelosi and Reid and debts and deficits and unemployment. And this is why the Republicans made a terrible mistake. The party of no was winning, and so they come out here and say...

BUCHANAN: ..."Look, here's the things we are going to do." Put a target on their back. Interrupted their own momentum.

BUCHANAN: This is an anti-election.

CLIFT: They should have just stood aside and let it be a referendum on the Democrats.

CLIFT: Instead, they put their extreme proposals out there.

Buchanan was making the case that the Republicans were sitting pretty and didn't need to put anything in writing that Democrats could campaign against. Clift agreed claiming the proposals the GOP put out in were extreme.

With this in mind, when Crowley got her chance a few minutes later, she took exception to this assertion:

MONICA CROWLEY: This election is a referendum on progressivism. Okay, progressivism has destroyed this economy...

CROWLEY: ...it's taken it back...No, I'm talking about progressivism.

MCLAUGHLIN: Eleanor, pick it up.

CLIFT: Don't misquote me. I was talking about extreme policies that Republican candidates are running on that the Republican leaders on Capitol Hill don't want to be part of.

Not at all radical - unless you're a liberal media member like Eleanor Clift.