CNN Drops Editor That Made Pro-Hezbollah Comments on Twitter 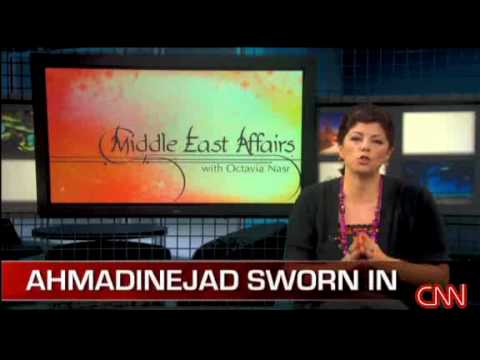 On Monday, NewsBusters wondered how CNN would handle one of its senior editors expressing regrets for the death of the Hezbollah cleric that possibly orchestrated the 1983 bombing of two Marines barracks in Beirut, Lebanon.

Two days later, the self-professed "most trusted name in news" dropped Octavia Nasr for tweeting, "Sad to hear of the passing of Sayyed Mohammad Hussein Fadlallah.. One of Hezbollah's giants I respect a lot.."

According to the New York Times, she's no longer with CNN:

Ms. Nasr left her CNN office in Atlanta on Wednesday. Parisa Khosravi, the senior vice president for CNN International Newsgathering, said in an internal memorandum that she "had a conversation" with Ms. Nasr on Wednesday morning and that "we have decided that she will be leaving the company."  [...]

CNN officials became aware of her tweet on Monday, and a spokesman said Tuesday that it was an "error of judgment" on her part. "CNN regrets any offense her Twitter message caused. It did not meet CNN's editorial standards. This is a serious matter and will be dealt with accordingly," the spokesman said. Ms. Nasr apparently deleted the tweet at some point.

In a follow-up blog post on Tuesday evening, Ms. Nasr said she was sorry about the tweet "because it conveyed that I supported Fadlallah's life's work. That's not the case at all." [...]

Her explanation was apparently not sufficient for her CNN bosses. Ms. Khosravi wrote in the memo, "at this point, we believe that her credibility in her position as senior editor for Middle Eastern affairs has been compromised going forward."

Indeed. Consider that the following was reported by the Times Sunday:

Grand Ayatollah Mohammed Hussein Fadlallah, the top Shiite cleric in Lebanon, whose writings and preachings inspired the Dawa Party of Iraq and a generation of militants, including the founders of Hezbollah, died Sunday morning in Beirut. He was 75. [...]

He spent his entire career arguing that after centuries of passivity, Shiite Muslims should become involved in politics and organize militias. He famously justified suicide bombings and other tactics of asymmetrical warfare by arguing that if Israel and its allies used advanced weaponry, Islam permitted the use of any weapons in retaliation.

In a 2002 interview with the British newspaper The Telegraph, he was quoted as saying of the Palestinians: "They have had their land stolen, their families killed, their homes destroyed, and the Israelis are using weapons, such as the F16 aircraft, which are meant only for major wars. There is no other way for the Palestinians to push back those mountains, apart from martyrdom operations." [...]

Western intelligence services, however, held the ayatollah responsible for attacks against Western targets, including the 1983 bombings of two barracks in Beirut in which 241 United States Marines and 58 French paratroopers were killed.

As such, Nasr's tweet practically went viral throughout the conservative blogosphere Monday with websites like The Weekly Standard and Weasel Zippers breaking the news to their readers. We at NewsBusters also felt Nasr's words were newsworthy.

Did all this pressure figure in CNN's decision? Who knows?

But one thing's for certain: if they didn't know it already, media members should be very careful what they post at Twitter.