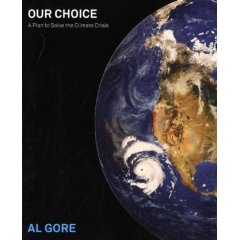 UPDATE AT END OF POST: Gore prominently quotes Deuteronomy, "I’m offering you the choice of life or death."

The cover of Nobel Laureate Al Gore's new book "Our Choice: A Plan to Solve the Climate Crisis" was intentionally doctored to exaggerate the appearance of hurricanes in the northern hemisphere as well as reduce the amount of ice present in the Arctic.

Maybe even more ominously, Florida was so diminished it's almost totally gone.

As reported by Florida State University hurricane expert Ryan Maue at the website Watts Up With That, the truth was apparently inconvenient for the Global Warmingist-in-Chief (h/t NBer Blonde):

The cover opens and closes half and half - so you only see one hurricane...as in the press release photo or the one on Amazon.

But this is the real picture sequence from the book which I looked at Borders today and took cell-phone pictures, original (before the retouching by some "artist") Note all of the Arctic ice and the size of the Florida Peninsula... 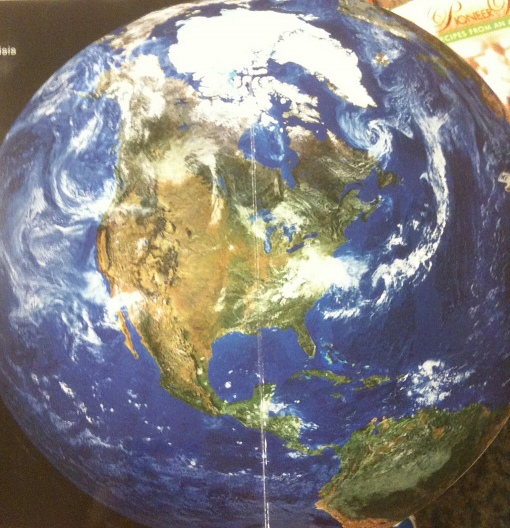 According to Maue, this is the full, unfolded cover: 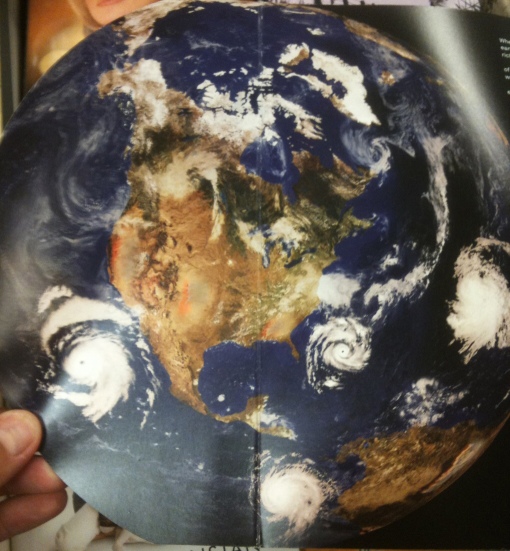 With hurricane activity at 30-year lows, and Arctic ice levels on the rise, I guess Gore and Company figured they needed some help proving their point.

*****Update: NBer Dim Bulb humorously pointed out in the comments section that Gore might be eliminating Florida in this picture to exact revenge for 2000's recount debacle.

*****Update II: It gets even scarier. On Wednesday, Tom Nelson reported:

On a page by itself, we find this inside the front cover of Al Gore’s latest climate fraud promotion book:

I’m offering you the choice of life or death. You can choose either blessings or curses.  – Deuteronomy Chapter 30, Verse 19

Ryan Maue confirmed this by phone moments ago, and sent this picture.

So Al Gore believes he's offering the world a choice between life and death.

Maybe they'll give him another Nobel Peace Prize for such sentiments.