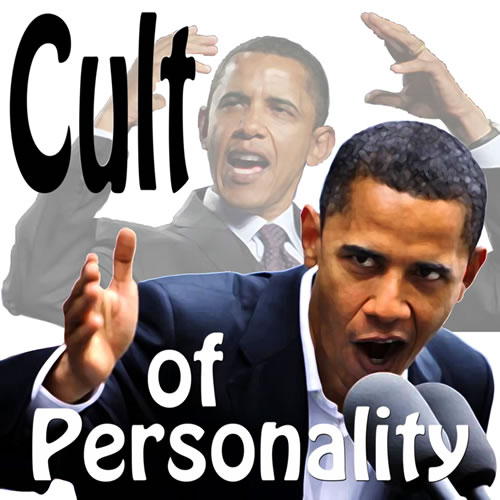 Is this REALLY America?

How far are today's media willing to go to advance President Obama's cult of personality?

What happened on CNN Monday has to make one wonder, for some producer at this cable network thought it would be cute to bring school kids on the set to sing an astonishingly propaganda-laden song about ObamaCare.

Maybe most disgraceful, it seems quite unlikely any of these kids understood the lyrics they were singing.

But that didn't stop CNN (amazingly scary video embedded below the fold with even scarier transcribed lyrics, h/t Story Balloon):

Got paged in the morning at 5am
Time to go into work again.
Welcome to the world of medicine,
Whoa, here we go again.
The hospital's packed with people in a long line
Agitated cause we've waited for a long time.
This is all so crazy, too many missing coverage lately

My tummy's turning and I'm feeling kinda sickly
My hip's bad and I feel weak
And the prices are always raising up.
Conservatives and liberals say
To reform healthcare today
But they can't seem to find a way.

So we throw our hands up for healthcare reform
Make your choice today.
Private and public care
Will a marketplace treat us fair?

Obama says everyone needs
Health coverage in America now.
We need to insure those 47 million
But the government doesn't know how.
Deductibles getting higher every day
I got my bill and I'm thinking NO way.
And what about my brother?
He's hurt and can't get covered.

My tummy's turning and I'm feeling kinda worried
Capricious coverage is killing me.
That's when a doctor said, "You'll have to go."
Bipartisan support was tried so we wouldn't be denied
But Joe Wilson yelled, "You lie!"

So we throw our hands up for healthcare reform
Make your choice today.
Private and public care
Will a marketplace treat us fair?

If this is what our media are willing to do to advance the current president's agenda, there's nothing they WON'T do!

After all, this was CNN using children to push a message. Plain and simple.

As for those kids, you think any of them understands what "capricious coverage" means? Or "deductibles?"

You think they know who Joe Wilson is?

The likely answers are No, No, and No...which means that CNN knowingly used children to advance legislation that most polls indicate the majority of Americans are against.

Shocking and disturbing to say the least.

*****Update: This was originally reported as having occurred on Wednesday. The Ron Clark Academy singers appeared on Monday's CNN Newsroom.

*****Update II: Kids say the darnedest things. In fact, some of the Ron Clarkers don't agree with what they're singing. The following video shows CNN's Kyra Phillips talking with some of the students about their views on ObamaCare just before they sang its praises (h/t NB reader Kirk Wikoff):

KYRA PHILLIPS, CNN: You got too famous, right?

Really, Willie is just one of many of these incredibly bright students that join us again today.

And Osei and Kennedy, we talked last time, and I want you to give our viewers an example of how you guys debate in class and how you've turned those debates into music.

So, for example, let's say I'm the teacher, I just had you step up in front of the class, and I said, OK, let's talk health care, let's talk private versus public option.

Give me an idea of how you two would debate that in class.

Well, there are 47 million people out there without health care now. And so they're trying to come up with a private -- or should they have a private or a public option?

PHILLIPS: Now I see Osei wanting to step in there.

You would come back and say what to Kennedy?

OSEI AVRIL, RON CLARK ACADEMY: Well, I personally don't support a private/public health care plan. I support a marketplace health care plan with the nonprofits supported by the government, whereas the community can run their own health care and the health care businesses will be run by the people, and not a one-size-fits-all type health care plan. So, I think that would be the best for our economy right now, with people making the decisions.

PHILLIPS: What do you think, Willie? How'd they do?

THORNTON: I feel personally that we should stay with our current health care system, which is a private plan, because if we did go to the Obama administration's private and public plan, then not only would the people who are more wealthy, they would not only have to pay for their insurance plan, but they'll also have to pay for someone else's insurance, and then that's just making them have to spend more money and lay off more people, and therefore reducing our economy right now. We're in a deep recession right now.

PHILLIPS: Oh, my gosh. Once again, you guys amaze me.

Fascinating. So two of the three kids she interviewed DON'T support ObamaCare...yet they're singing about it?

Maybe at that point Phillips should have asked for a show of hands as to how many present agreed with the lyrics they were singing.

Or would that have been too much like journalism?