Bill Press's Reason to Support Fairness Doctrine: 'I Want to be Heard' 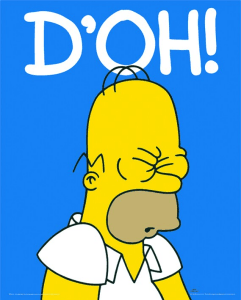 After getting smacked around by Fox News's Megyn Kelly Monday, liberal talker Bill Press went on WOR radio's Steve Malzberg Show and accidentally exposed his real goal in supporting a re-enactment of the Fairness Doctrine: he wants to be heard.

In fact, he also wants the Fairness Doctrine back for his own financial gain:

I know why I'm interested in it because I get up every morning at 3:45, I do three hours of talk radio every day from six to nine, that's my life, it's my business, I want to make money at it, and I want to be heard.

Wow. Talk about your inconvenient truths!

Those interested in hearing Press's greedy admission should forward to minute 8:50 of this audio link (relevant section transcribed below the fold):

BILL PRESS: All they're talking about is making sure there's a variety of voices on the radio. God bless America. We're a diverse country, everybody should be heard.

STEVE MALZBERG: We're a free country, and everybody has a right to run the businesses the way they want. But let me ask a question...

PRESS: But wait, when they have public airwaves I own?

MALZBERG: Then let me ask you this question: why doesn't all this apply to television? Why can't I sit next to little Katie Couric and answer my point of view on her point of view and the reporter's point of view as they present their stories?

PRESS: You know what? I'm going to be honest with you. I know nothing about the television licenses.

PRESS: No, no. I know nothing about television licenses. I'm a talk radio host...

MALZBERG: It's the airwaves though, not cable, but the CBS, NBC, ABC, same license.

PRESS: You can make any argument you want. I know nothing about how television works even though I worked in it most of my life.

Imagine that. He knows nothing about how television works even though he's worked in it most of his life. Yet, alhough he's only been involved in radio since September 2005, he's an expert on how those licenses work.

MALZBERG: But Bill, that's the airwaves, too, not cable but the airwaves. It's public, it has to be the same concept.

PRESS: I'm interested in talk radio, that's what I do every day...

MALZBERG: That's all politicians are interested in, very strange.

PRESS: No, it's not strange to me. I know why I'm interested in it because I get up every morning at 3:45, I do three hours of talk radio every day from six to nine, that's my life, it's my business, I want to make money at it, and I want to be heard.

Yes. He wants to be heard, and make money...and he needs the Fairness Doctrine to ensure that more stations around the country will be required to have program's like his on if they want a talk radio format.