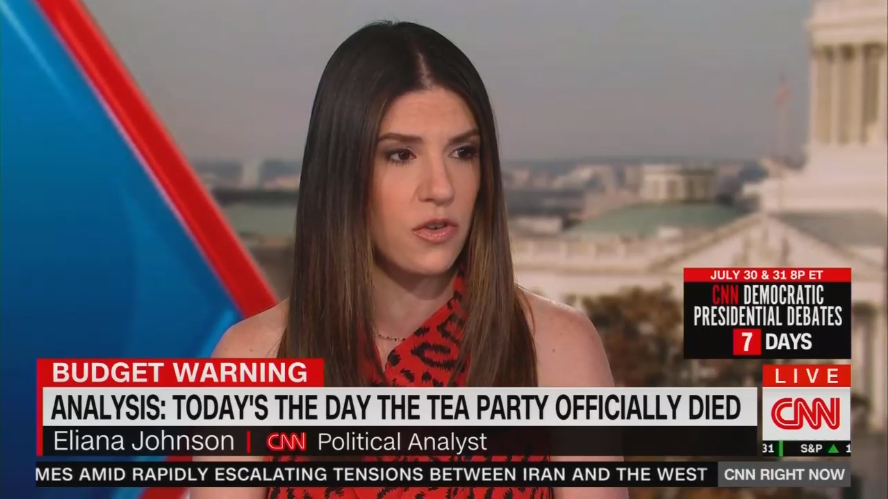 Not long after it was reported that Politico White House reporter Eliana Johnson was named the new editor-in-chief of conservative news site The Washington Free Beacon, Buzzfeed News reported that CNN was no longer interested in renewing her political analyst contract.

“Eliana Johnson, a leading White House reporter for Politico, will not have her contract renewed for her CNN political analyst role after she accepted a new job running the neoconservative Washington Free Beacon,” Buzzfeed’s Matt Berman reported Wednesday night.

According to the report, “CNN confirmed her existing contract is due to expire in November and that the network does not plan to renew it…” The report went on to note that CNN also claimed: “The decision is being made because she will no longer be a White House reporter specifically.”

Berman pointed out how odd CNN’s move was considering how, in this case, they’ve extended contracts of other journalists with mobile careers in the past:

It was just a few months ago (May 5) when CNN media reporter Brian Stelter told Daily Wire founder and conservative thought leader Ben Shaprio that conservative journalists should get jobs at outlets like The New York Times and CNN so they could “be part of the solution” and stop “complaining” about the media’s liberal bias:

STELTER: Part of me thinks that you and your colleagues at The Daily Wire should try to get jobs at The New York Times. If you don’t like the coverage, try to be part of the solution as opposed to complaining about it.

SHAPIRO: I don’t know; would you hire me? I really doubt that, and not only that,

STELTER: I wanted you as a guest for many months—

SHAPIRO: I’m not sure you guys could pay me. I’ll be frank with you; I make a lot of money.

Just last month, CNN benched two of the strongest pro-Trump voices on the network. “Steve Cortes, a prominent surrogate for the Trump campaign in 2016 and ‘happy warrior’ for President Trump, has not appeared on CNN in the U.S. in more than a month. Ben Ferguson, a veteran Republican commentator, has not been on in more than four months, since Apr. 13,” The Hollywood Reporter discovered.

Despite suggestions that CNN boss Jeff Zucker wanted to “talk to all sides,” it’s become increasingly clear that’s not what CNN was interested in.