Before the bodies of the victims of the ISIS terrorist attacks in Belgium were cold, an MSNBC terror analyst Evan Kohlmann declared that Belgium society was to blame for the death and destruction. “Why is it that Muslims and other immigrants in Belgian have such problem integrating with local society? Why is it that they do not feel like they are Belgian? Why is it that they are ghettoized into these communities?”

Kohlmann whined that those of us in the west needed to do a better job looking into why Muslims and other immigrant groups felt alienated. “This is just the beginning, because we have to get to the root causes of why this happened. And those causes have not been dealt with.”

The questions raised by Kohlmann put all the blame on Belgians and seems to insinuate that they didn’t roll out the welcome mat. The fact of the matter is that it is naturally hard for people from a different county to feel a part of a new place. Many of the new immigrants don’t speak French, let alone Flemish. And it’s hard to claim a community is being “ghettoized” when there are no walls being erected around a neighborhood. Although it is natural for people to stay close to and only associate with people they feel are similar too, everyone does it. It’s call de facto segregation.

It might be in the liberal media’s best interest to wait for the Belgian and European authorities to complete their investigation and man hunts, before laying blame for the attack on the victims. I might also pay for them to look into the objective of the organization the terrorists serve to identify the reasons for the attack.

ERICA HILL: We want to bring to you know Terrorism Analyst, Evan Kohlmann. Evan, as we spoke with the ambassador, it was interesting, he said he feels this is the end point of a very difficult road. Would you agree with that? We were talking earlier, and you had a little bit of a different take.

EVAN KOHLMANN: Yeah, I don't -- I disagree for two reasons. Number one, we don't know if this is end of this network. We don't even know, if for sure, this was the same network that was involved in France. And even if this is the same network, and even if all the members are now dead or arrested or under scrutiny, this is just the beginning, because we have to get to the root causes of why this happened. And those causes have not been dealt with. 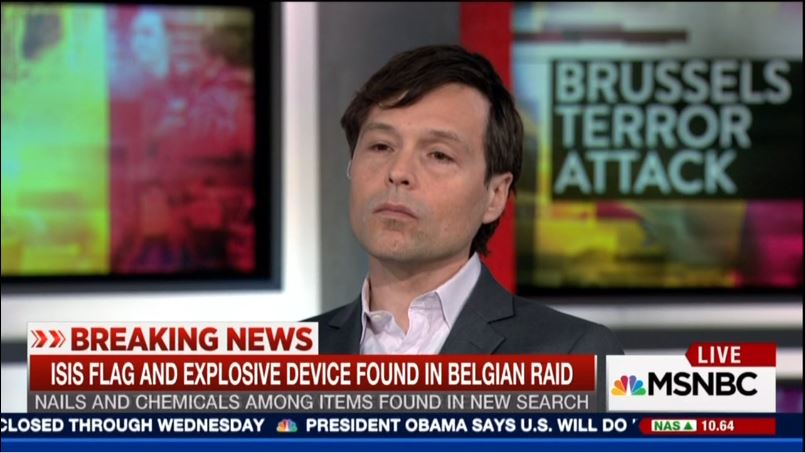 There are international causes and there are local causes. Of course, international cause, there's been a war going on in Syria and Iraq now for going on five years. And that war, in addition to killing hundreds of thousands of Syrians, is now coming in the form of blowback to us here in the west. The second issue is more local concerns, right?

And that has a lot to do with what's going on here. Because, again, if you look at the numbers, way -- a much higher percentage of Belgians have gone to go fight in Iraq and Syria than French nationals, and it's right next door. What is the reason for that discrepancy?