Media Research Center President Brent Bozell on Thursday condemned CNN as a “national disgrace” for the networks coverage of Donald Trump. Appearing on the Fox Business Network, he assailed the network for “blam[ing] Donald Trump. He gets credit for nothing. He gets blamed for everything.”

Bozell continued, attacking, “I think that CNN is something like 37, 38 years old and it has become a national disgrace.” Regarding the President’s international trip, the MRC President reasoned, “If Donald Trump had made a mistake, instead of doing well as he is doing... you know full well it would be blanket coverage. But he's not making mistakes. So, they're ignoring him.”

Bozell issued this challenge to CNN on the Russia story:

I'm going to issue a challenge to CNN: CNN loves doing special reports, these one hour specials. I want to challenge them to put on the air a documentary, a one hour documentary: Trump/Russia Connection: The Evidence. As a matter of fact, they only need five minutes.

He added that “there is no evidence” and called CNN "disgraceful." 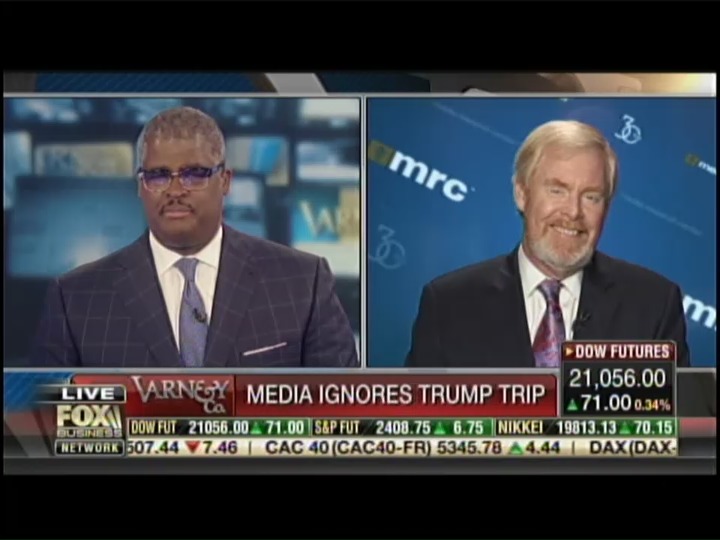 [Clips of Montana incident and Don Lemon talking about it.]

CHARLES PAYNE: Joining us now Brent Bozell with the Media Research Center. All right, Brent, what are your thoughts? CNN now blaming — Don Lemon at least is blaming Donald Trump for something that happened in Montana while he is in Europe. 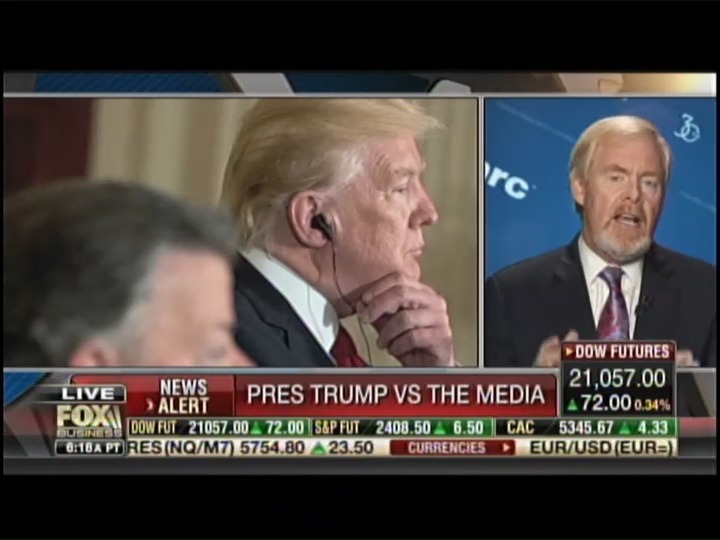 PAYNE: But here’s the thing though. It's one thing if you disagree on policy and ideology. When you start talking about a sort of responsibility for any sort of violent scene or episode, I think that’s taking us down a path that can get very dangerous, Brent. And that's where journalists, I would suspect, have an even bigger responsibility to their audience.

BOZELL: Well, but I would consider where the news media are concerned, you shouldn't participate in a discussion on policy or politics. That’s not your job. Your job is to report the news and nothing but that. And you've got CNN and MSNBC — look, I think that CNN is something like 37, 38 years old and it has become a national disgrace. It does nothing but attack Donald Trump. He goes overseas, do you think, do you think, Charles, for a moment that they've been ignoring his trip overseas. If Donald Trump had made a mistake instead of doing well as he is doing, if he had made a mistake, you know full well it would be blanket coverage. But he’s not making mistakes. So, they’re ignoring him. So, what do they talk about? The Russia connection and the Russia/Trump connection. And now, on that note, Charles, I’m going to issue a challenge to CNN: CNN loves doing special reports, these one hour specials. I want to challenge them to put on the air a documentary, a one hour documentary: Trump/Russia Connection: The Evidence. As a matter of fact, they only need five minutes.

PAYNE: I was going to say, could it be a one-hour special? Sounds like it probably be between commercial breaks.

BOZELL: They can't do it and do you think about the thousands of stories that have been run on these networks and the hundreds of hours they've spent. And yet, there's nothing, there's no evidence of this. It’s disgraceful.

PAYNE: Brent Bozell, thank you very much. You’re the ultimate straight shooters and always appreciate being able to talk to you.