Media Research Center President Brent Bozell appeared on Fox Business, Thursday, to slam political journalists as unhinged in their commitment to the “absolute destruction” of Donald Trump. Talking about a new MRC study showing 89 percent of the President’s press since January 20th has been negative, Bozell attacked, “This is not a press that has any interest in objective truth. This is a press that is committed, overwhelmingly, almost unanimously... to the destruction of Donald Trump.”

The MRC study on how a hostile press has punished Trump with 89 percent negative coverage, can be found here. 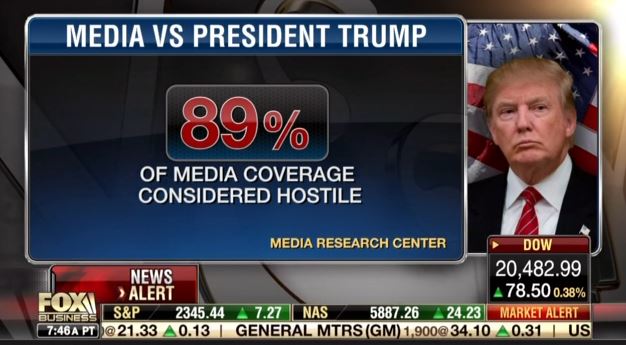 STUART VARNEY: How about this? A new study, it says, 89 percent of press coverage between January 20th, inauguration day and April 9, about President Trump, 89 percent of it, is hostile. Brent Bozell is with us. Media Research Center President. That is an astonishing proportion. Spell it out, Brent. 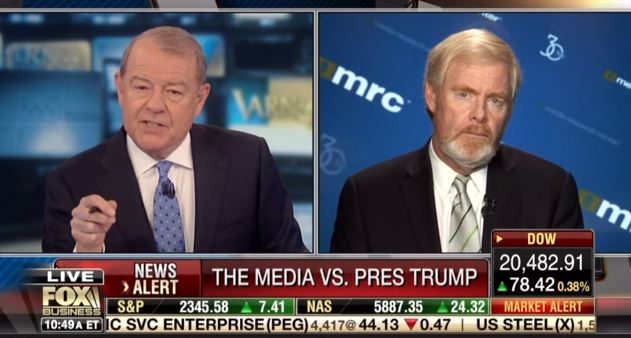 BRENT BOZELL: It is. You and I have spoken about how during the campaign, it was 91 percent negative against Trump, which is unheard of in the annals of modern politics. But during a campaign when there is some hard-charging stuff going on, the coverage is going to be a little bit, should be a little bit more negative on both sides. But what is interesting here is it just simply continued. It went from 91 to 89. It stayed the same. There was absolutely no honeymoon period for Donald Trump whatsoever. They have been on the attack since last year, at some point, with Donald Trump, no absolutely no signs of letting up. This is not a press that has any interest in objective truth. This is a press that is committed, overwhelmingly, almost unanimously with the exception of Fox, and Fox Business — and I mean this —  it is committed to the destruction of Donald Trump.

VARNEY: Oh. Would you compare what you found January 20th, to April 9th, what happened when President Obama first took office. Was there a complete contrast between press coverage then and press coverage now? 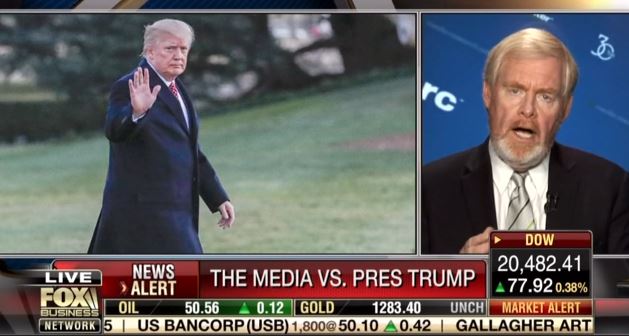 BOZELL: Sure. We didn't look at the numbers in the first 80 days of the Obama presidency. But just remember, just remember, it was an entire honeymoon. It was about this man going on the foreign policy, international stage, about the great rallies he was having and how the world was loving him and America was loving him, and it was just overwhelmingly positive in the way he was being treated. He was given a red carpet honeymoon. How about these numbers? You’ll like this: If you look at the coverage, the big stories, big stories that the media thought were interesting, were the Muslim travel ban. It was the charges of, undocumented charges of collusion between the Trump campaign and Russia. And then the accusations that Trump made about spying on him. In each case, the coverage was over 90 percent negative against Donald Trump. No attempt at balance. Now, what was the issue that Donald Trump wanted to talk about, President Trump wanted to talk about? His, his bailiwick, his, ground zero of his presidency is jobs and opportunity. Less than one percent coverage of it.

VARNEY: Just simply extraordinary. It really is. I mean, you and I have talked for many, many years about this. I was always the one saying they will change. They will see the light. They can't go on like this forever. In fact, it has gotten a whole lot worse. But Brent, before you go, I just need comment on one thing. There is an MSNBC counter-terrorism analyst. He tweets, made, put out a tweet calling for ISIS to bomb a Trump property in Turkey. Here is the direct quote. “This is my nominee for first ISIS suicide bombing of a Trump property.” Now, that was withdrawn, but it was stated. What is going to happen here?

BOZELL: Yeah. Well, this is what tells you the venom. I can't give you a better example of this, Stuart. They despise this man, to the point that they are writing, that they wish death upon him. Death and destruction on him. I don't know, you just can't get more negative than that. The fact that MSNBC, that they wouldn't fire him immediately, what does that tell you about that network?

VARNEY:  It tells me not about the network. It tells me that the opposition to President Trump is personal. They detest him personally. It is emotional outpouring. It is not objection to the politics here, objective reasoning about politics. It is personal. They hate him. It’s that simple.