Bozell declared, “The idea of enforcing law is not part of the conversation at all. So, it's almost unanimous.” He added, “You've got the New York Times doing the first front page editorial in 95 years. You’ve got CNN right now with a clock going, which has been going on for at least a day counting down the minutes until Obama is going to be on there promoting gun control.”

[Thanks to MRC intern Nick Fondacaro for assistance.] 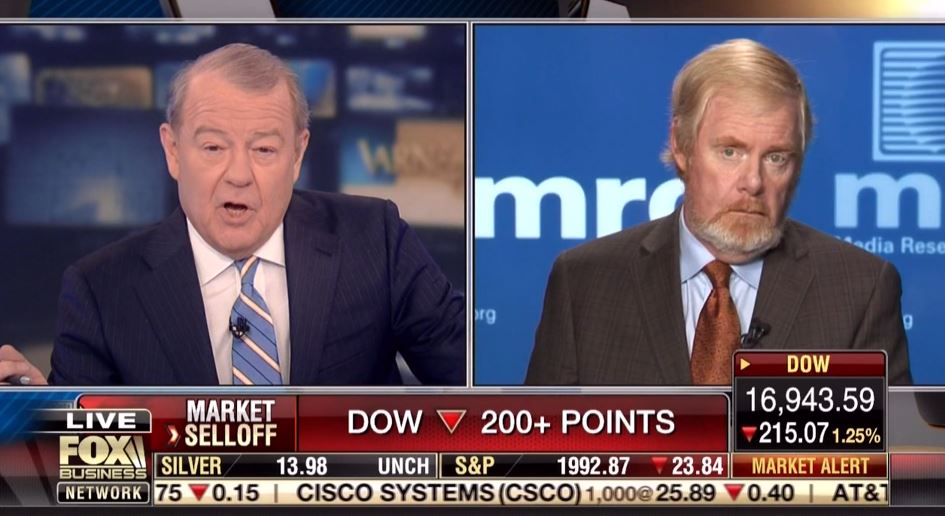 STUART VARNEY: Now this. You saw this, president Obama shedding tears during his gun control announcement yesterday. Roll that tape.

BARACK OBAMA:  Every time I think about those kids, it gets me mad. And by the way, it happens on the streets of Chicago every day.

VARNEY: Media Research Center Brent Bozell joins us now. Brent studies the media’s reaction to the stories of the day. Study this one, Brent. What did you see? 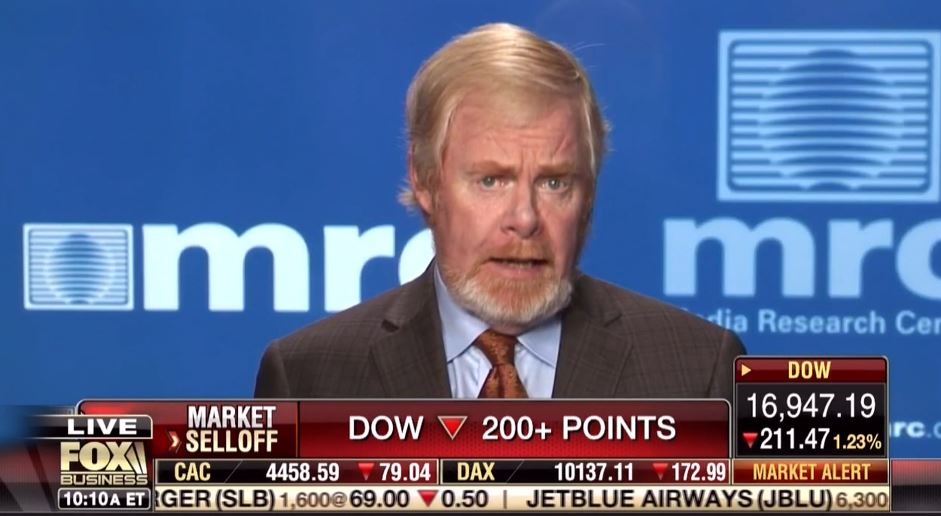 BRENT BOZELL: Well there are three issues, Stuart, where the media, with the news media won't brook dissension. Gay rights, global warming, and gun control. And what you see in the gun control discussion is that there's only one acceptable discussion and it's the President's position on this, which is gun control. The idea of enforcing law is not part of the conversation at all. So, it's almost unanimous basically unanimous. Fox is about the only exception to the rule, where you would-- you will only allow the position to be told that the administration is correct and Republicans are wrong on this one. Nobody is surprised that it's been that way.
The President's reaction yesterday, I believe, was heartfelt, but all that did was just put just tons of gasoline on the fire so now that you've got —  the press is going so far to the activist level that you've got the New York Daily News, remember, saying God isn't going to fix this and when Republicans prayed after the mass killing. You've got the New York Times doing the first front page editorial in 95 years. You’ve got CNN right now with a clock going, which has been going on for at least a day counting down the minutes until Obama is going to be on there promoting gun control. So, they're one hundred percent invested in the gun control issue.

VARNEY: Well, what about this? In the New York Times today, they sent a report into San Bernardino, California, interviewed people about the massacre there and about gun control and some of those people are quoted as saying “the President's new measures won't work, I’m afraid for my own self I'm going out to buy a gun for the first time.” That was the New York Times today.

BOZELL: And here’s the irony of it, sir, somewhere the President's men are saying the exact same thing. I watched on this network yesterday, you had Sid Blumenthal on there who was defending the —  yeah, he was defending the President's position and he made the argument, which was really ridiculous, that, well, it's not going to affect ninety nine percent of gun owners—

VARNEY: I'm sorry, I think your audio was interrupted there, you may have heard something in your ear. I was not interrupting you. Finish your story about Blumenthal.

BOZELL: Can you hear me now?

BOZELL: I'll just wrap it up very quickly. What you have was the President's spokesman arguing this is not going to affect 99 percent of gun owners, if that's the case, then why are we even doing this? Why is he even talking about it? The fact of the matter is, everybody knows that law enforcement on this issue is down what, fifty percent since the President took office and what everyone who is rational in this debate is saying, enforce the blasted laws. That's the problem.

VARNEY: We hear you, Brent Bozell, despite the audio problems, we do hear you. Brent, everyone, thank you very much indeed. We really appreciate it.