Accepting her award via video, Schlafly lobbied conservatives to fight: 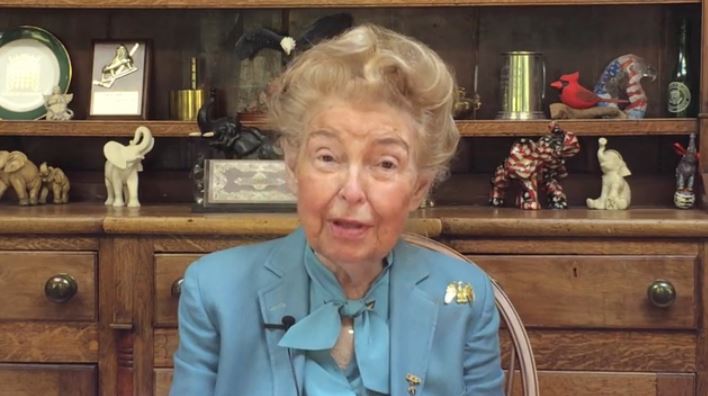 PHYLLIS SCHLAFLY: Well, I want to thank Brent Bozell for this fine award and all the good people here today and encourage you to take up the fight to be in politics where the action is. Our country needs you and the next big fight will be at the Republican convention in Cleveland, Ohio. I hope to see you there. I’ve been to every convention since 1952 and I think they are places where important decisions are made. And we need you there. And we know that the Media Research Center is playing a big role in getting the proper, needed information to our conservatives all over the country. Thank you, Brent Bozell for this award and for all you do for the conservative cause.

To see the MRC DisHonors quote of the year, go here.