MRC president Brent Bozell appeared Fox News Channel’s “Your World With Neil Cavuto” on Monday to discuss how CBS released reporter Sharyl Attkisson from her contract after burying her reporting on Benghazi and other Obama scandals.

Bozell lamented the dearth of TV reporting on the terrorist attack in Benghazi: “But you know, the old adage --
'If it bleeds, it leads.' This is a story that bled and it bled profusely, especially when you had all the visuals. But it was a huge, huge story that commanded the audience's attention, and it was an important story.”  (Video below)

He continued: “So, this woman was reporting it. What almost stunned me about her approach was the lack of followup. We should break a report about benghazi, it was real terrorism, not a video, and you would thick everybody at CBS would follow up on the story. Yet after she reported it in 2012,  for four months she did not do a next story. And then another five months before she did the next story. That's a network not allowing a reporter to report the news.”

Bozell asked Cavuto how this would have been covered if George W. Bush were president. “He’d be impeached by now,” Cavuto replied. Bozell added: “At least they would have gotten to the bottom of it!” 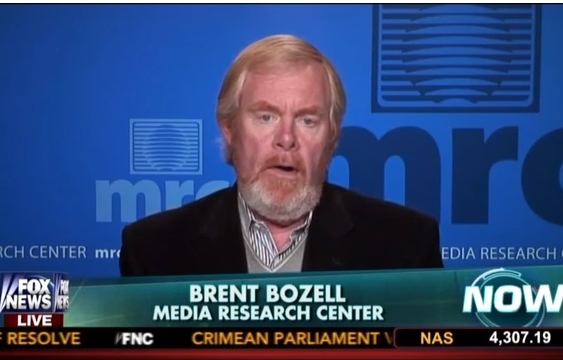 He asked Cavuto to think about it:

Think about the zest by the investigative media to get to the bottom of a story. Day after day, week after week, week after week, day after day, they reported on a bridge in New York, and how the governor of New Jersey might have known something about a bridge traffic jam. And yet Benghazi! Which is more important by factor of 100,000, isn't covered at all, and no one is interested in investigating it. Now what's the difference? One is a Republican, the other one's a Democrat.