Bozell Calls Out MSNBC on The Kelly File: They Specialize In 'Scurrilous Personal Character Assassination'

As the latest MSNBC scandal and firing unfolded over a tweet insisting the "rightwing" would hate an "adorable" Cheerios ad with a biracial family, MRC president Brent Bozell appeared on "The Kelly File" on Fox News Channel to discuss NBC's "Lean Forward" offshoot.

MSNBC said this conservatives-hate-racial-mixing tweet is "not who we are." Bozell said, oh yes, that's exactly who you are.  It's a network that seems to uncork scurrilous character assassination every week. (video and transcript below):

BRENT BOZELL: It is who they are. It’s very nice that Phil Griffin finally apologized for something, and it’s good. But it’s not that it is unacceptable, it is acceptable, and that’s the problem, Megyn. This is a network that once a week has a scurrilous personal character-assassination attack against conservatives. This isn’t one off-the-cuff thing.

If Phil Griffin were going to apologize, he has to apologize for virtually every single major figure on MSNBC that has done things like calling Mitt Romney the KKK [Thomas Roberts], accusing him of being associated with the Grand Wizards. Ed Schultz calling Laura Ingraham a slut. You and I talked about Christ Matthew suggesting somebody put a pellet in Rush Limbaugh's head and blow it off. Martin Bashir – think about this! – Martin Bashir, who suggested in a produced piece on MSNBC that someone should defecate in Sarah Palin's mouth. It took him 19 days to resign! And Phil Griffin, the same Phil Griffin who apologized, praised him the day he resigned. 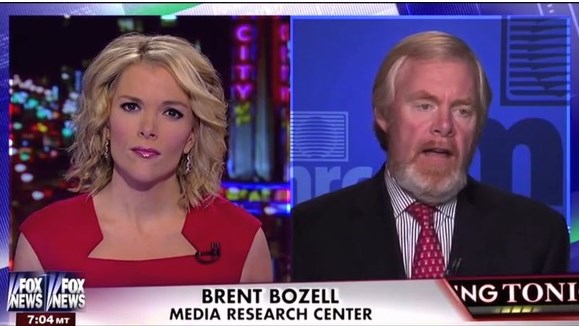 On Thursday night's “Hannity,” RNC chairman Reince Priebus was pleased with the apology from what Hannity called a "propaganda firm."

"This was a first step, it's the first time I talked to Mr. Griffin. He reacted pretty quickly, and now we have to stay on top of it,” he said. “You know what, it’s sort of like being on probation I guess, but the fact of the matter is we’re here, we’re watching them and it’s our responsibility and it’s mine in particular, I think,  also to stand up for our party.”

Priebus began by mocking the network's regular approach: "In their professed world of tolerance, you know, they’re certainly hitting on all eight cylinders of intolerance."